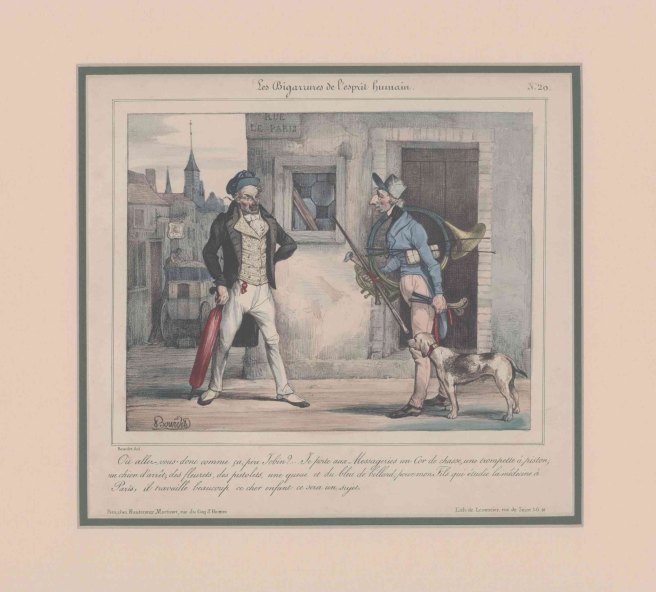 Click Image to ZoomEnlarge Image
A hand-colored lithograph by Jules Joseph Guillaume Bourdet depicting two men in conversation with their dialogue printed in French at the bottom margin. The man on the left carries an umbrella and asks the other what he is doing; the man on the right, laden with a variety of hunting-related paraphernalia (including a large horn) and accompanied by a dog, responds that he intends to send all of the items to his son, who is studying medicine in Paris. It is the twentieth print in Bourdet's series Les Bigarrures de l'esprit humain.
Jules Joseph Guillaume Bourdet was a French painter and lithographer who exhibited annually at the Paris Salon from 1833 to 1849. He was also a well-respected and sought-after teacher.
Inquire
GPH-15374$180