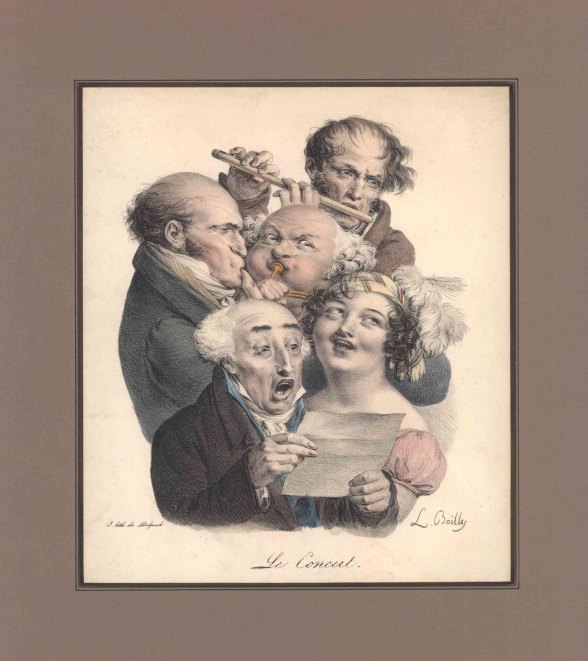 Click Image to ZoomEnlarge Image
A hand-colored lithographic caricature of five half-length figures, including two singers, a clarinettist, a horn player, and a flautist, each depicted with an exaggerated expression for comic effect and titled Le Concert.

As per the Library of Congress, the lithograph likely belongs to Boilly's Recueil de grimaces (1823-1828), a series of 94 prints that each depict five people a similarly funny and grotesque manner.

Painter and draftsman Louis-Léopold Boilly enjoyed a fascinating career that spanned the Ancien Régime, the Revolution, the Napoleonic era, and the Bourbon Restoration. During the height of the Terror in 1793, he was singled out by Robespierre's Committee of Public Safety for producing inappropriate artwork. Boilly saved himself from the guillotine, though, by painting his famous Le triomphe de Marat the following year.
Inquire
GPH-15371$300