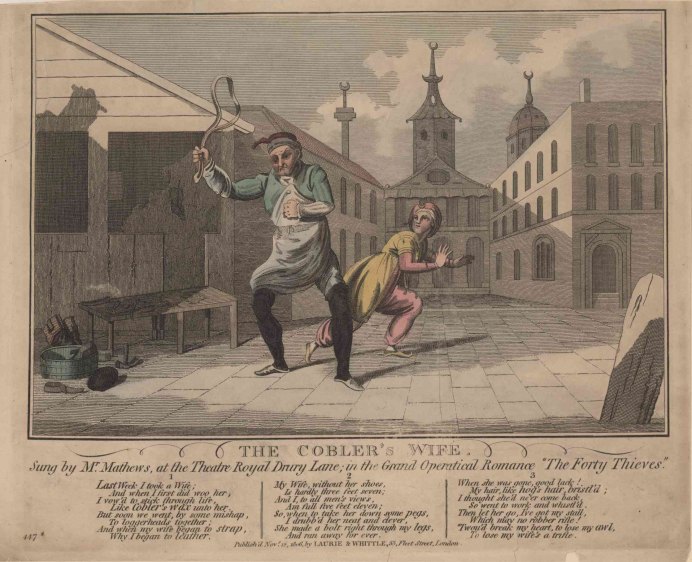 A hand-colored etching depicting a scene from Michael Kelly's The Forty Thieves, which premiered in 1806 at Drury Lane. This image almost certainly shows the first production.
Michael Kelly (1762-1826) was an Irish composer and tenor of international renown who premiered many roles alongside the best singers of his day, including Nancy Storace and Francesco Benucci. He is perhaps best remembered, though, for his close association with Mozart. It is generally less known that Kelly spent the last decades of his career as a successful composer and theater manager, contributing to the composition and/or production of sixty operas at Drury Lane in the early nineteenth century.
Inquire
GPH-15364$325