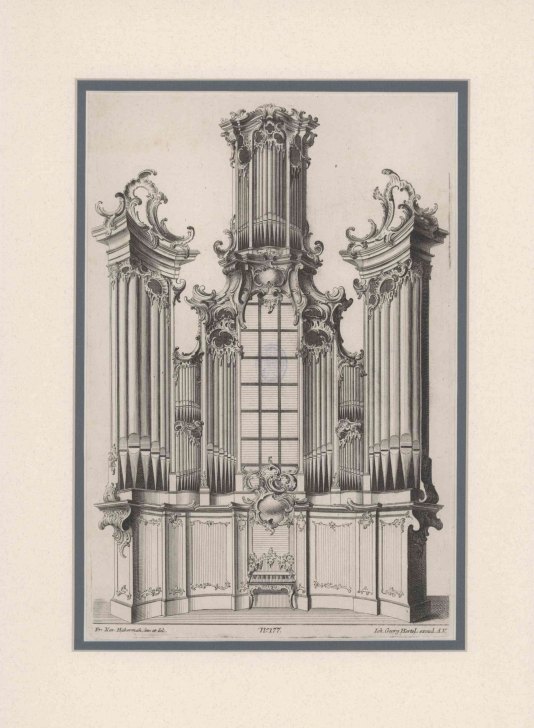 Click Image to ZoomEnlarge Image
An etching of a grand and ornate organ with three towers and rococo styling by the German printmaker Franz Xaver Habermann, published by Johann Georg Hertel in Augsburg. As per the Rijksmuseum, the print, titled Kerkorgel met drie torens, was produced in the early 1740s as part of the series Kerkorgels.

Franz Xaver Habermann was a German artist best known for his engravings of cityscapes.
Inquire
GPH-15359$250