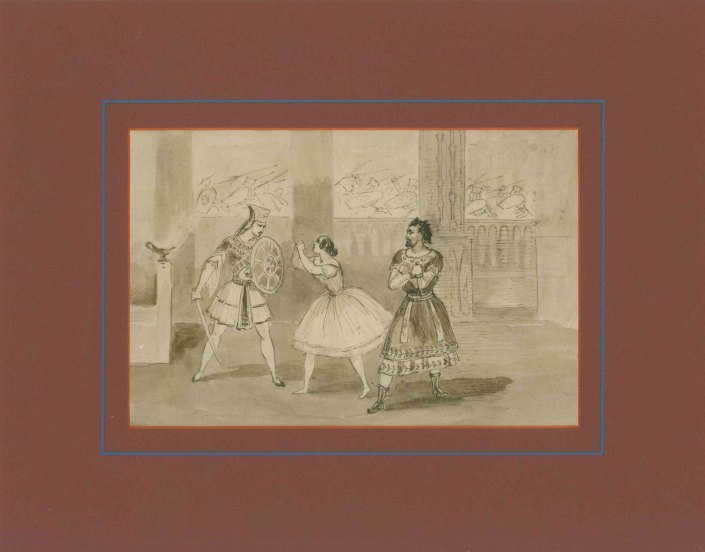 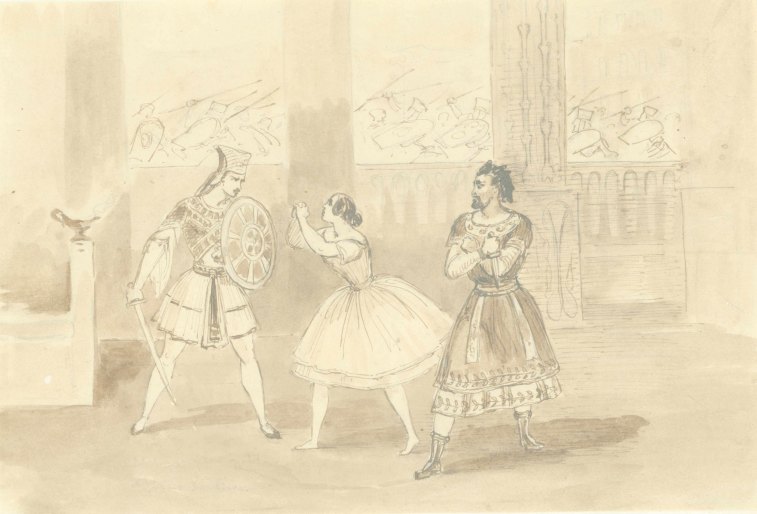 A rare example of Donizetti's drawings.

A lovely drawing executed in pen with watercolor depicting an operatic set showing a young woman pleading with two armed soldiers. The costumes seem to hint at ancient Rome, so possibly this is a setting for Donizetti's opera Poliuto. In that opera the hero and heroine die as Christian martyrs. The opera was revived, famously, for Corelli and Callas at La Scala in 1960.

We acquired this drawing as part of a wonderful large album started by the Irish singer, composer and conductor Michael Balfe. I have so far not seen a reference to Balfe's acquaintance with Donizetti but in all likelihood he probably met him when he was studying in Italy, a time when Balfe was already well acquainted with Rossini.
Inquire
GPH-15123$2,000