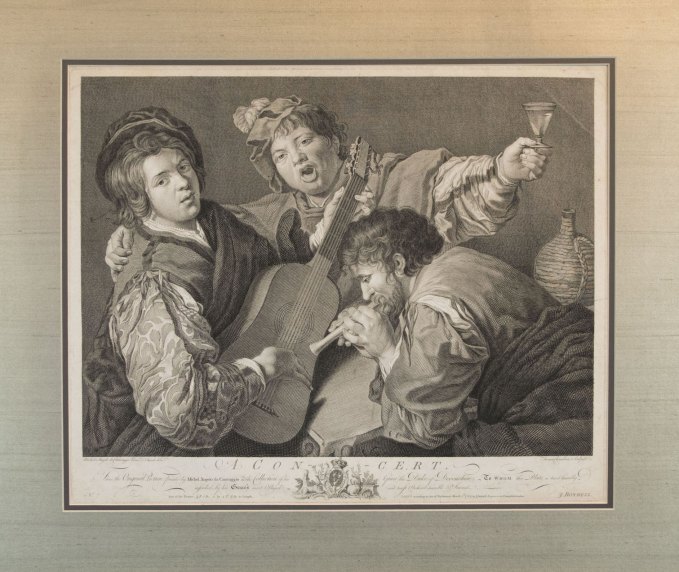 Click Image to ZoomEnlarge Image
A guitarist strums his instrument while a man behind him sings and raises a glass and another man plays a small pipe. Engraved by Thomas Chambars after Caravaggio and published by J. Boydell, entitled and identified as A Con-cert [the title surrounds a crest] From the Original Picture, painted by Michel Angel da Caravaggio in the Collection of his Grace the Duke of Devonshire;_To Whom this Plate is most humble inscribed, by his Grace's most Obliged,_and most Obedient humble Servant,... Apparently No. 7 in a series.
Inquire
GPH-14268$475