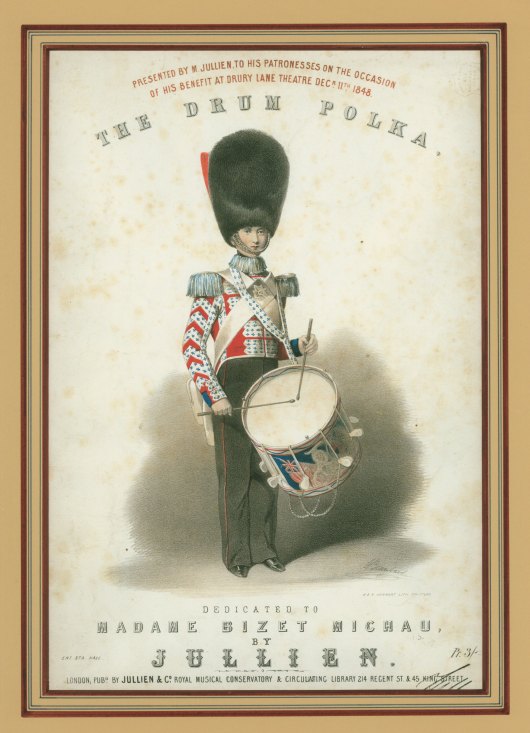 Click Image to ZoomEnlarge Image
Music cover sheet depicting a boy dressed in military uniform with epaulettes and fur hat, standing to front, playing a drum suspended around his neck and left shoulder. Above the title: Presented by M. Jullien, to his patronesses on the occasion of his benefit at Drury Lane Theatre Dec. 11th 1848 and below the image: Dedicated to / Madame Bizet Michau, / by / Jullien. / London; Pubd, by Jullien & Co. Royal Musical Conservatory & Circulating Library 214 Regent St & 45 King Street'.
The French conductor/bandleader and composer of light music Louis-Antoine Jullien, (1812-1860) worked for many years in England where he became a household name. He was known for his large bands which he managed to outfit with some of the best performers of the day.
Inquire
GPH-14190$125