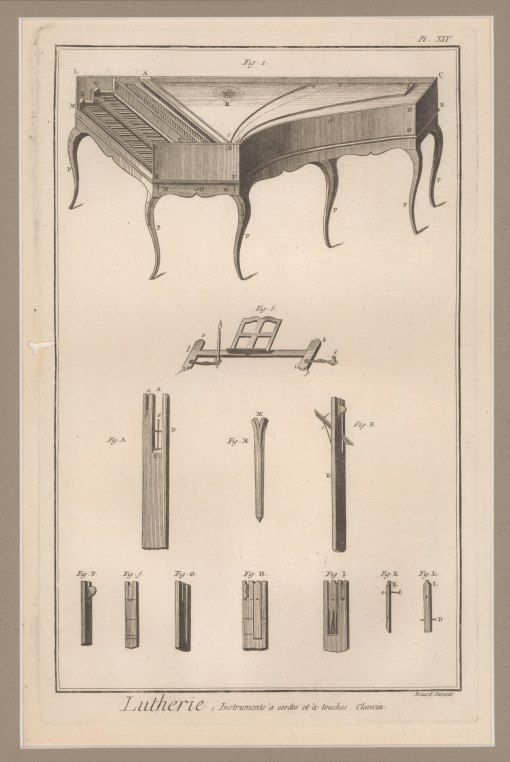 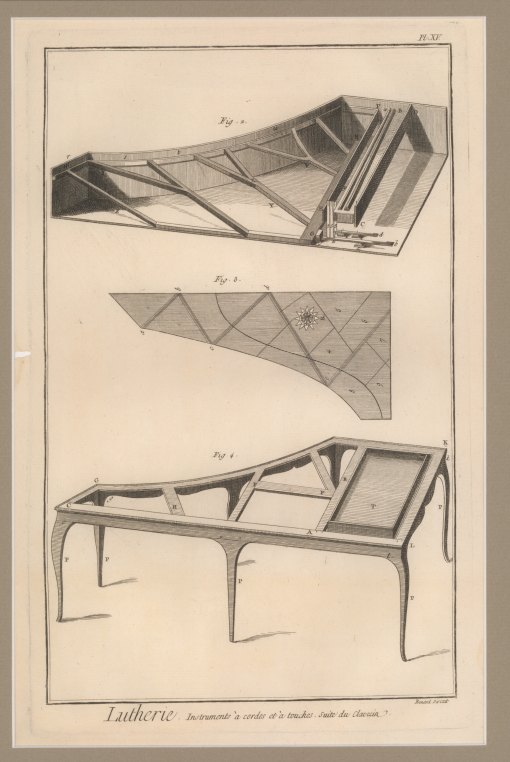 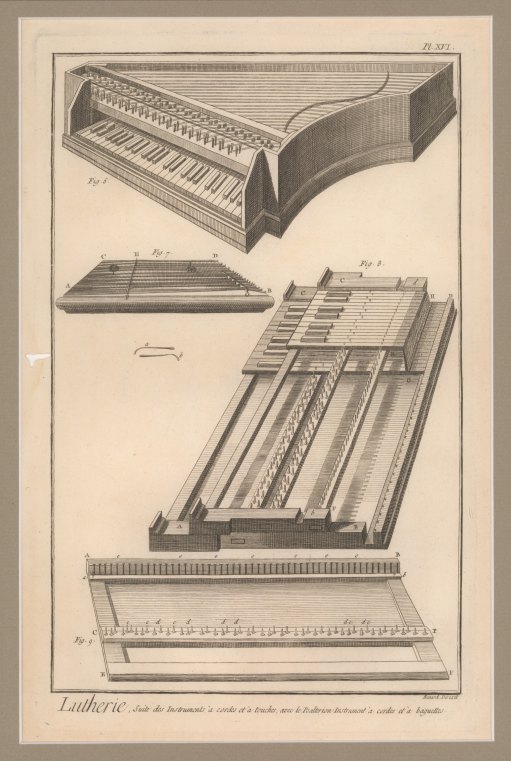 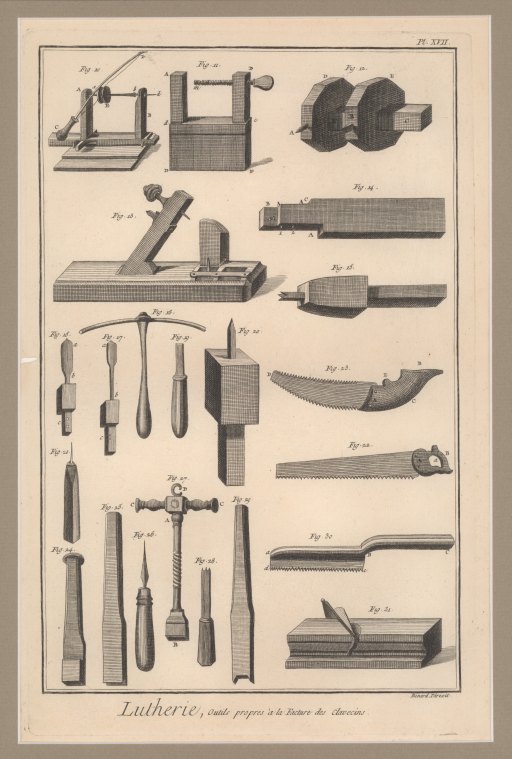 Engraved first-edition plates from the Lutherie section of the great 18th-century Encyclopédie of Diderot and d'Alembert, which was produced over 20 years from 1751 to 1772 with first editions appearing in both Paris and Amsterdam. The plates show the construction of the harpsichord,. the tools used and the completed instrument.
Inquire
GPH-11146$600