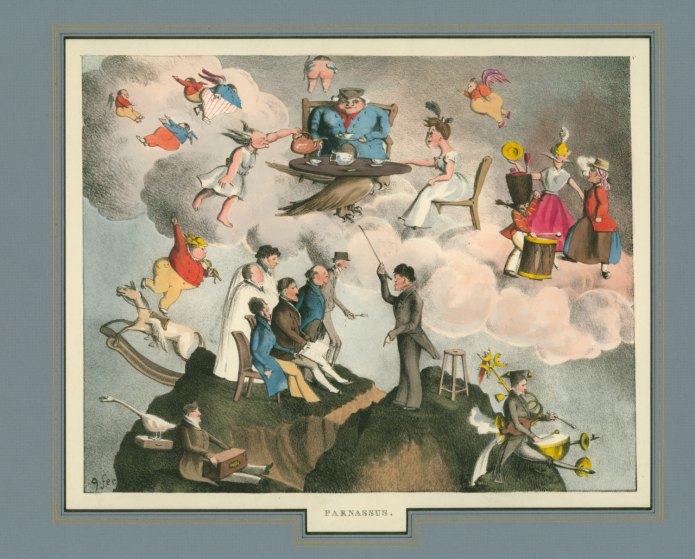 Click Image to ZoomEnlarge Image
A most unusual and delightlful caricature, which seems more like Chagall than early 19th-century England! It is a hand-colored lithograph depicting a rather bizarre scene of a tea party in the clouds, with a befuddled conductor leading an unlikely singing group and various musicians playing equally unlikely instruments including a one-man band. There are nice added touhes such as a honking goose, a rocking horse and fat dressed angels floating around. The lithograph is unknown; a monogram appears in the image: "9 fec".

Mount Parnassus is the mountain in Greece which according to mythology, was the sacred hometo Apollo and the Muses and hence, the ssource of music, literature and poetry and all learning. It is thought that this print may illustrate one of the parnassus plays which were produced at the University of Cambridge at the end of the 16th century.