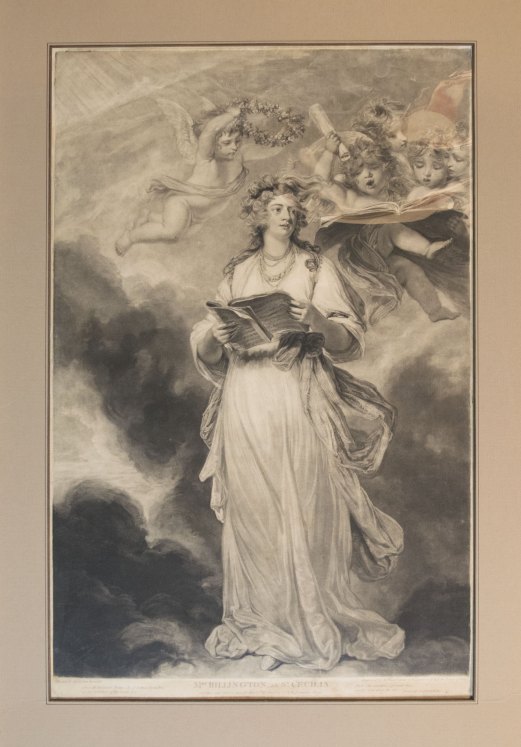 Click Image to ZoomEnlarge Image
A fine impression of this large well-known and marvelous mezzotint by James Ward (1723-1792) after the oil painting by Sir Joshua Reynolds, showing the great 18th-century soprano standing full-length portrayed as St. Cecilia, the patron saint of music. She is holding a score and appears to be singing together with a group of four cherubs above her, while another is placing a wreath on her head.
Elizabeth Billington's (1765-1818) mother was a pupil of Johann Christian Bach and Elizabeth also had some lessons with him. Her operatic debut took place in Dublin in 1784. She appeared in London in 1786 as Rosetta in Love in a Village and her success was immediate and catapulted her into a long and illustrious career in England and Italy. Many operas were written for her and her colorful personal life gave rise to much gossip.
Inquire
GPH-10699$850