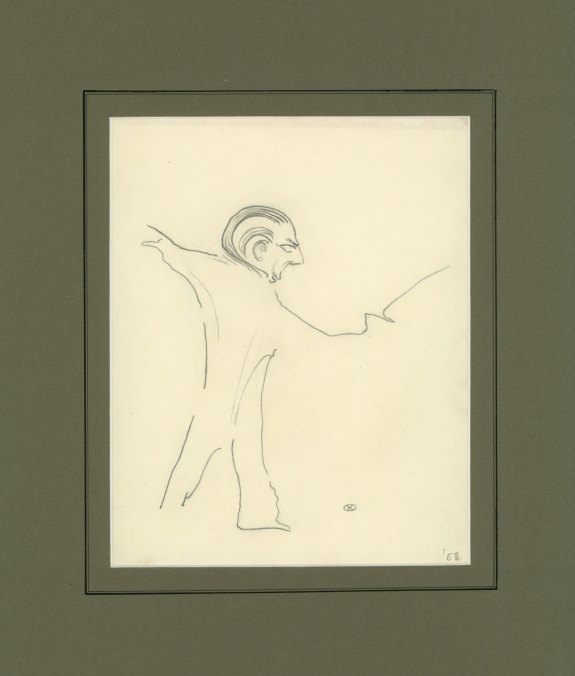 Click Image to ZoomEnlarge Image
A caricature of the noted English conductor, Sir John Barbirolli, shown conducting. The caricature was executed by Olga Koussevitsky, who was a patron of the arts and second wife of the famous conductor, Serge Koussevitsky, and was so well-known for her portraits that she even had an exhibition in New York City. This caricature is dated 1953 and is signed with her circled initial "K".
Inquire
GPH-10684$350