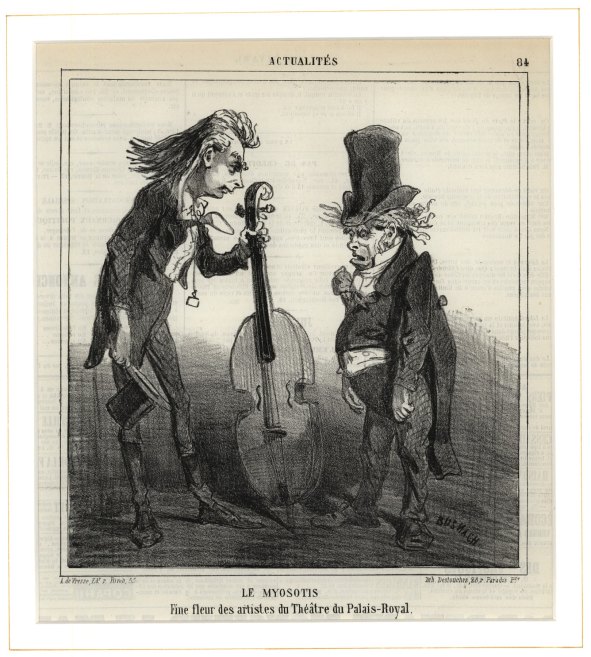 Click Image to ZoomEnlarge Image
This lithographic caricature depicts the two principal characters in a one-act opera bouffe by Le Coq, which had its premiere in 1866. The librettist was William Busnach and A. de Noé (whose pseudonym was Cham) and in whose magazine by the same name the caricature appeared (published by A. de Vresse). The operetta, Le Myosotis (Forget-Me-Not), subtitled Mental and Musical Alienation is about two characters, a packer and a cellist named Eustache Schnitzberg, always accompanied by his cello named Edgard.
Inquire
GPH-10562$275