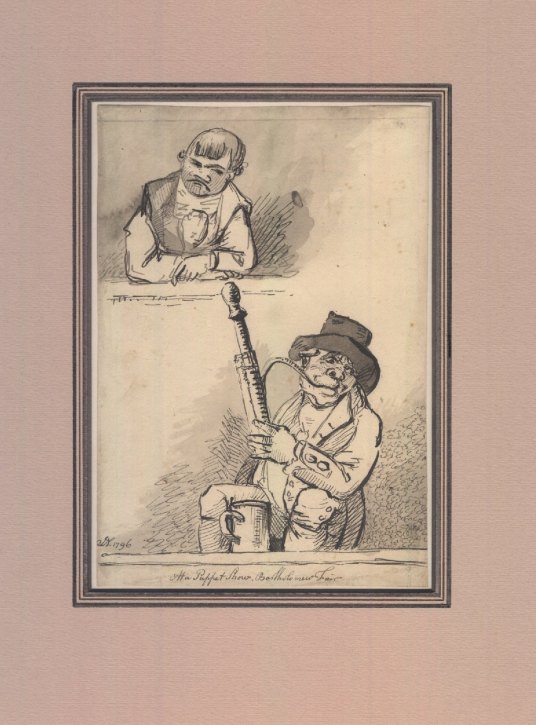 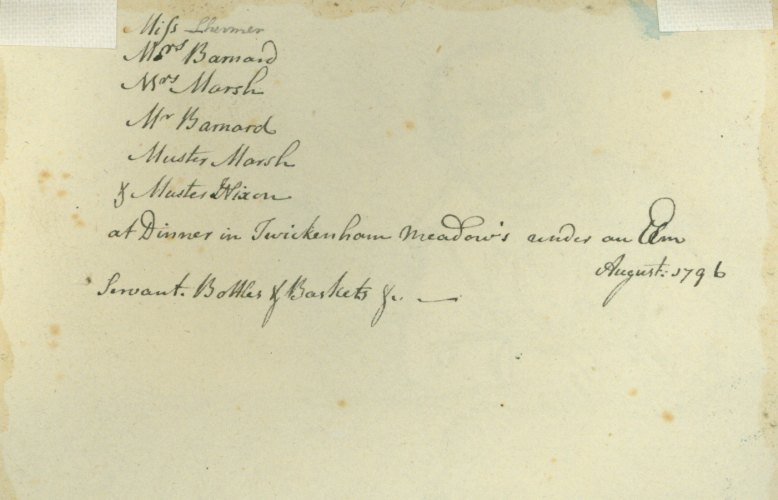 Original ink and wash drawing by the English artist John Nixon. Signed and dated on lower left "JN: 1796". The subject is a caricature of a bassoon player with a disgruntled audience member looking on over his shoulder from above. On the verso in Nixon's hand is a list of six names at Dinner in Twickenham Meadows under an Elm. August, 1796. Servant. Bottles & Baskets, etc.
John Nixon was born in Ireland in 1750 and died in London in 1818. He was an amateur artist and friend of the famous caricaturist Thomas Rowlandson. He frequently drew musicians and sometimes musical instruments. The Bartholomew Fair was a summer fair held in London originating in the 12th century and which continued all the way until 1855 when it was suppressed...by the City authorities for encouraging debauchery and public disorder. (Wikipedia).
Inquire
GPH-10340$1,500