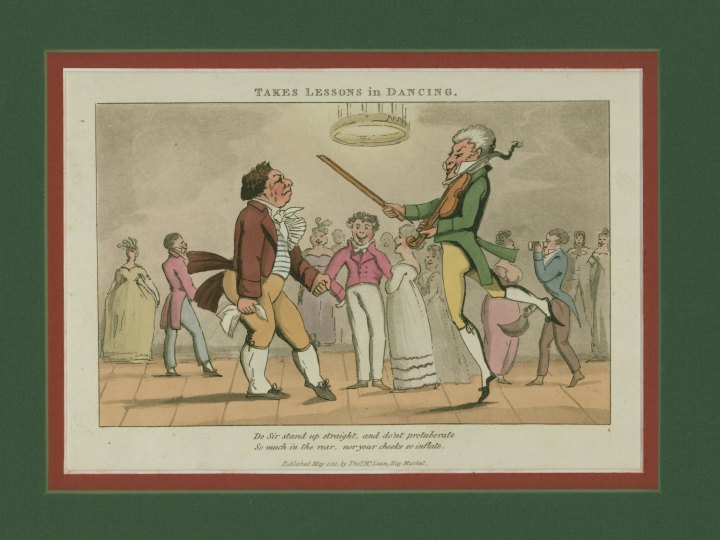 Click Image to ZoomEnlarge Image
An amusing colored aquatint caricature of a dancing master playing a pochette to a sweating gentleman, the caption being: Do Sir stand up straight, and don't protuberate / So much in the rear, nor your cheeks so inflate. Published by Thomas McLean.
Pochettes were also called kits in England. They were widely used in Europe during the 18th and early 19th centuries.
Inquire
GPH-09959$200