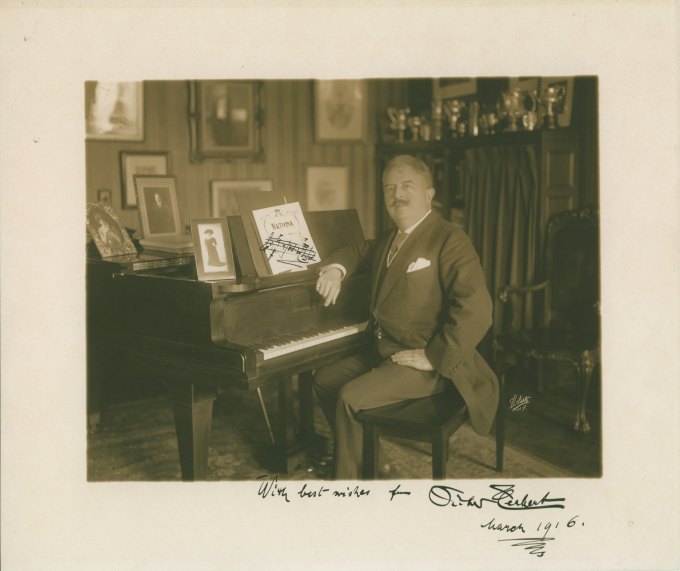 Click Image to ZoomEnlarge Image
A stunning White Studio photograph of the composer shown sitting in his studio at a Steinway piano, upon the desk of which rests the score for his opera Natoma. Herbert inscribes and boldly signs the image to an unidentified recipient in the bottom white margin and adds a musical quotation atop the opera score. The photograph is by White.
Victor Herbert wrote Natoma with the librettist Joseph Redding in 1911. Oscar Hammerstein heralded the work as America's first grand opera, owing in part to its English-language book and use of Native American musical themes. Despite this approbation and an all-star original cast -- which included the great Mary Garden as the titular Indian maiden and John McCormack as the American Lieutenant -- the work was not a notable success.
Inquire
PHO-12589$375