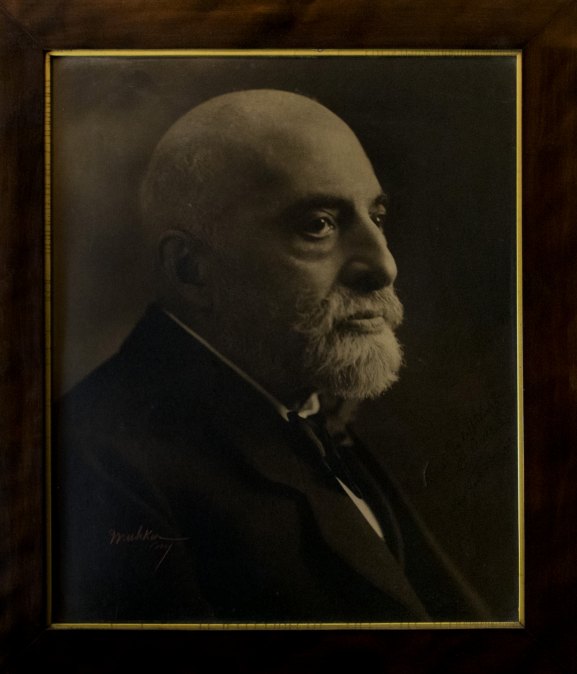 Click Image to ZoomEnlarge Image
Extraordinary original photograph by Mishkin, signed in red crayon "Mishkin / NY" on lower left. The photograph is inscribed by Auer to the noted violin dealer Rudolph Wurlitzer on the lower right: "To Herr Rudolph Wurlitzer / L. Auer / New York 20/5 1918". Auer had just moved to New York earlier in the year and had given a concert in Carnegie Hall on March 23.
The one and only Leopold Auer - violinist, pedagogue, conductor and composer - is undoubtedly best remembered now for his unprecedented career as a violin teacher. Himself a pupil of the great Joachim, he taught among others Jascha Heifetz, Efrem Zimbalist, Mischa Elman, Kathleen Parlow, Benno Rabinof, Oscar Shumsky and Toscha Seidel. He joined the faculty of what became Juilliard in 1926 and in 1928 joined the faculty of the Curtis Institute of Music.
Inquire
PHO-12201$3,500