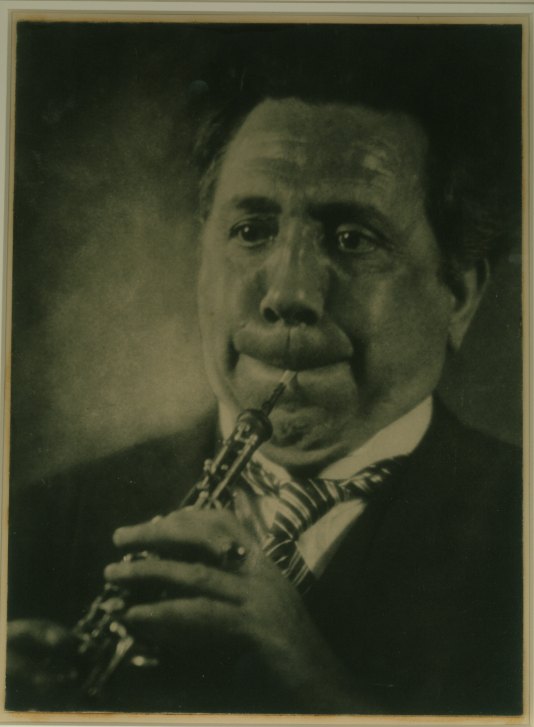 Click Image to ZoomEnlarge Image
An original photograph entitled “His Big Moment” dating from 1930, by Dr. Max Thorek. Thorek's signature signed on the verso of the photo, not visible in frame. A photostat on back of frame displays the signature.
Thorek (1880-1960) was a Hungarian-born surgeon in Chicago and an ardent photographer whose original works are now quite sought after by collectors and professional photographers. He published several books on photography, including “Creative Camera Art”, in which this photograph is featured. This photograph dates from the height of his career.

This is believed to be a portrait of Bruno Labate, the renowned principal oboist with the New York Philharmonic from 1920-1943. Labate wrote a series of short pieces for oboe and piano which have become a cornerstone in every oboist's repertoire.