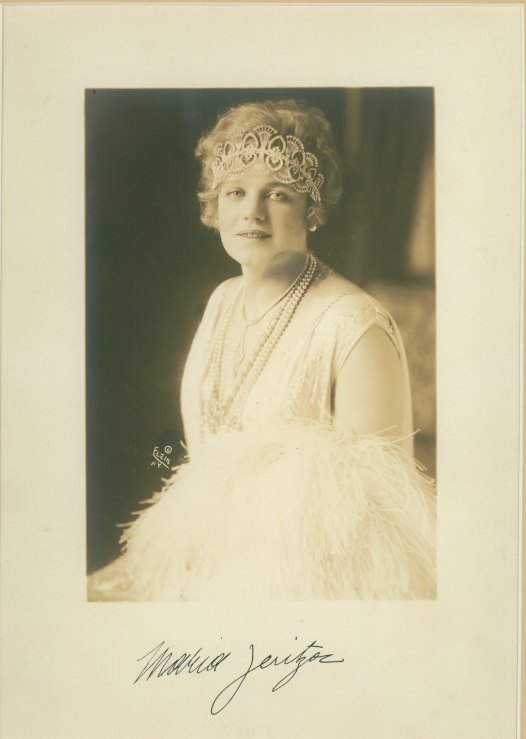 Click Image to ZoomEnlarge Image
Stunning signed sepia photograph by Elzin of New York of the great Metropolitan Opera soprano in evening dress.
One of the most glamorous divas ever to command the Met stage, Czech-born Maria Jeritza made a sensational debut there in the 1921 American premiere of Korngold's Die tote Stadt. She was already a star in Vienna, where she sang in the premieres of Richard Strauss's Ariadne auf Naxos and Die Frau ohne Schatten, and her dazzling decade as a Met star included singing the title role in Puccini's Turandot in its Met premiere in 1926. At the Met, she also sang the first performances of Janacek's Jenufa and Strauss's Die aegyptische Helena. For decades after her retirement, she was a regular visitor to the Met - a regal symbol of one of opera's golden ages.
Inquire
PHO-07947$150