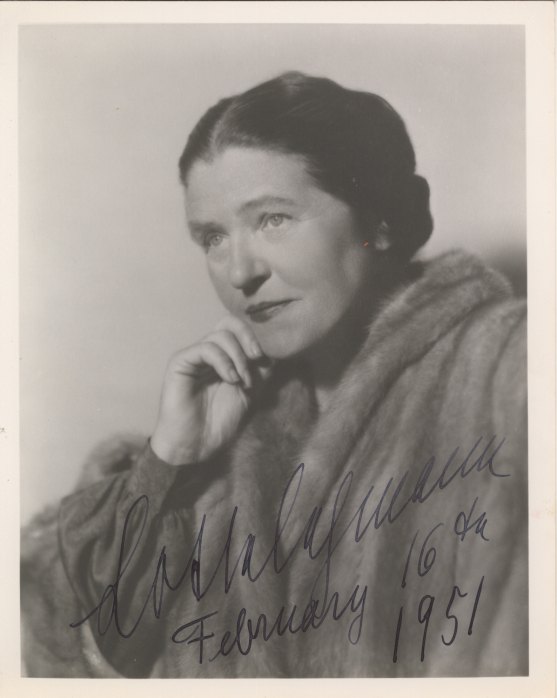 Click Image to ZoomEnlarge Image
Glamorous portrait of the mature Lotte Lehmann who has boldly signed and dated it February 16th 1951 - the year she retired from performing with a legendary farewell recital.
Lotte Lehmann was an opera star in her native Germany and Austria - a favorite singer of Richard Strauss's - when she made her Metropolitan Opera debut in 1934 and, a year later, introduced her signature role to Met audiences: the Marschallin in Strauss's Der Rosenkavalier. She remained in the U.S. during World War II and retired from the Met in 1945, with one more performance as the Marschallin. Her last appearance at the Met, the following year, celebrated Lauritz Melchior's 25th anniversary with the company, when she sang Sieglinde to his Siegmund in a gala concert. Her parallel career as a recitalist and her teaching (after retirement) made a profound impact on American singing in the second half of the 20th century.
Inquire
PHO-07920$125