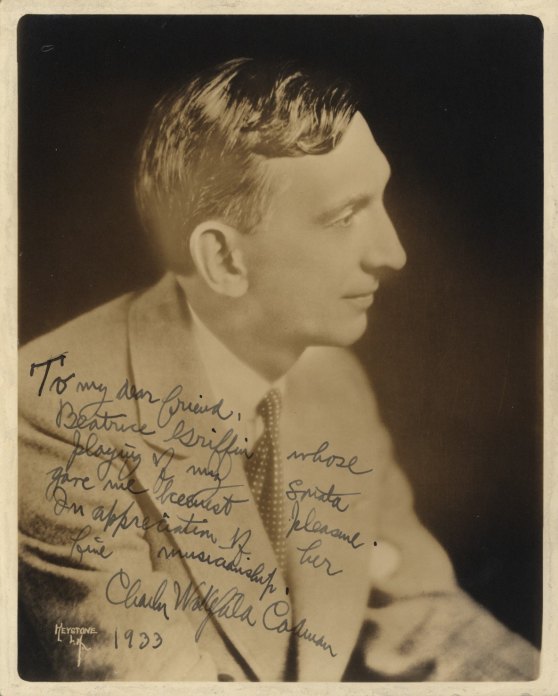 Click Image to ZoomEnlarge Image
The American composer is shown in near profile.
Cadman was one of the first significant American composers who did not go to Europe to get a musical education. He had an intense interest in American Indians and their music, incorporating much of it into his own music. He was one of the first to introduce elements of ragtime into chamber music and also composed several film scores.
Inquire
PHO-00633$250