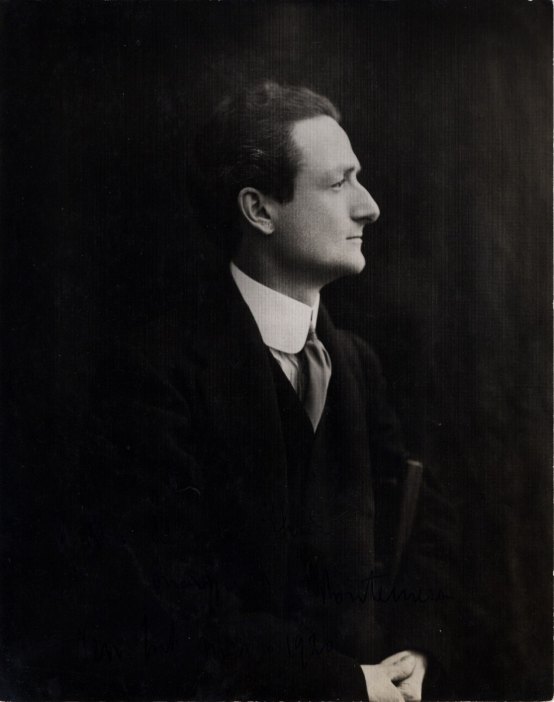 Click Image to ZoomEnlarge Image
The Italian composer best known for the opera L'Amore di Tre Re is shown seated in an attractive photograph that he has inscribed to Leonora Shier, a traveling secretary for the Chicago Opera Company.
Montemezzi visited the United States to conduct the American premiere of his opera La Nave in Chicago on November 18, 1919; he signed this photograph while in New York a couple of months later. Its recipient, Leonora Shier, worked for the Chicago Opera at the time. She would later serve as a rental agent and secretary for Carnegie Hall from 1925 to 1956.
Inquire
PHO-00624$300