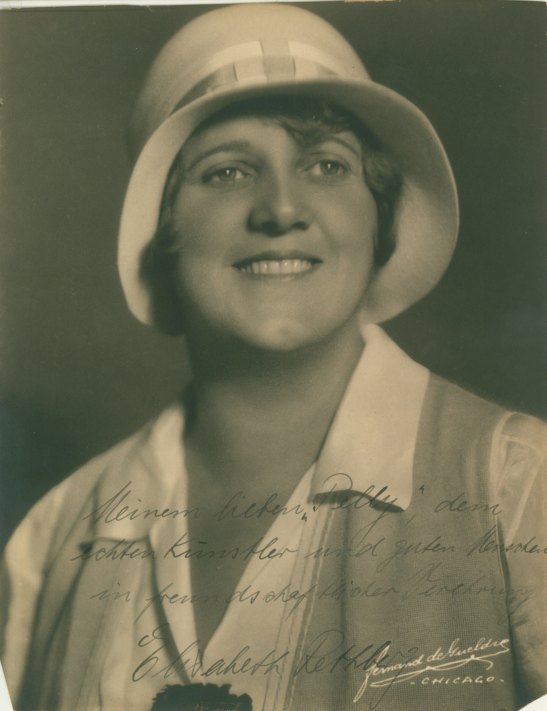 Click Image to ZoomEnlarge Image
An early-1930s photo by the celebrated portraitist Fernand de Gueldre of a radiant Rethberg, wearing a white cloche hat. It is signed with an affectionate inscription in German ("Meinem lieben 'Pelly") to the conductor Wilfrid Pelletier.
The German soprano Elisabeth Rethberg made her Metropolitan Opera debut in 1922 in the title role of Aida, and she would remain a star on the company's roster for the next 20 seasons. Arturo Toscanini was a notable fan of Rethberg's singing, for its Italianate warmth, delicacy and passion, which were unusual qualities in a German singer at that time. At the Met she stands between Rosa Ponselle and Zinka Milanov in the continuum of great Verdi sopranos, also giving memorable performances as Desdemona in Otello, Amelia in Simon Boccanegra and Leonora in Il trovatore.

This photograph was acquired from soprano Rose Bampton, the wife of conductor Pelletier, a great diva of the Metropolitan Opera and a particular favorite of Arturo Toscanini.