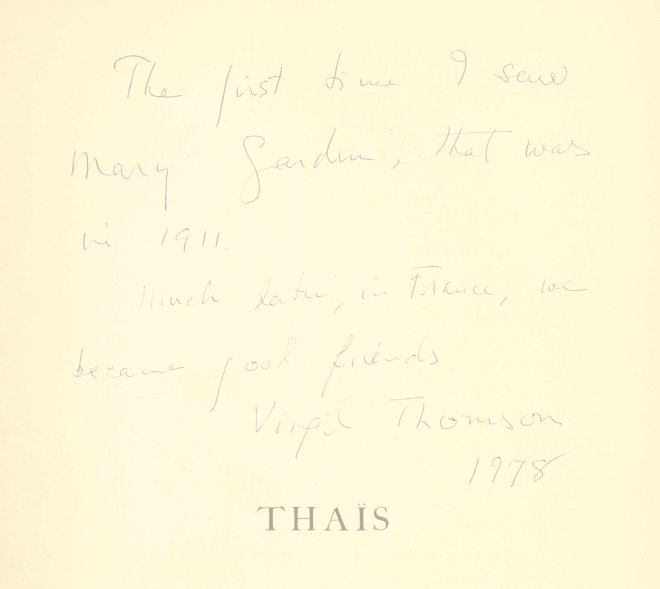 Click Image to ZoomEnlarge Image
This score of Massenet's beloved Thaïs is special in that Thomson has sweetly noted on the half-title page: The first time I saw Mary Garden, that was in 1911. Much later, in France, we became good friends. Virgil Thomson, 1978.

Celebrated Scottish soprano Mary Garden (1874-1967) made her American debut in the title role of Thaïs at the Manhattan Opera House in 1907.