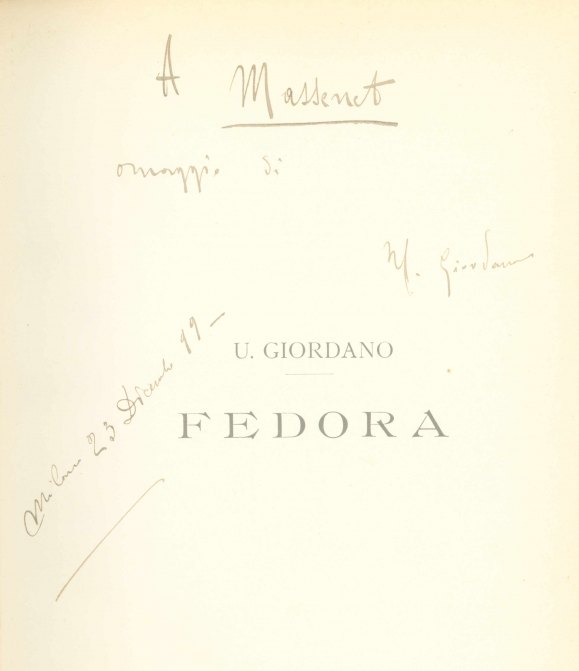 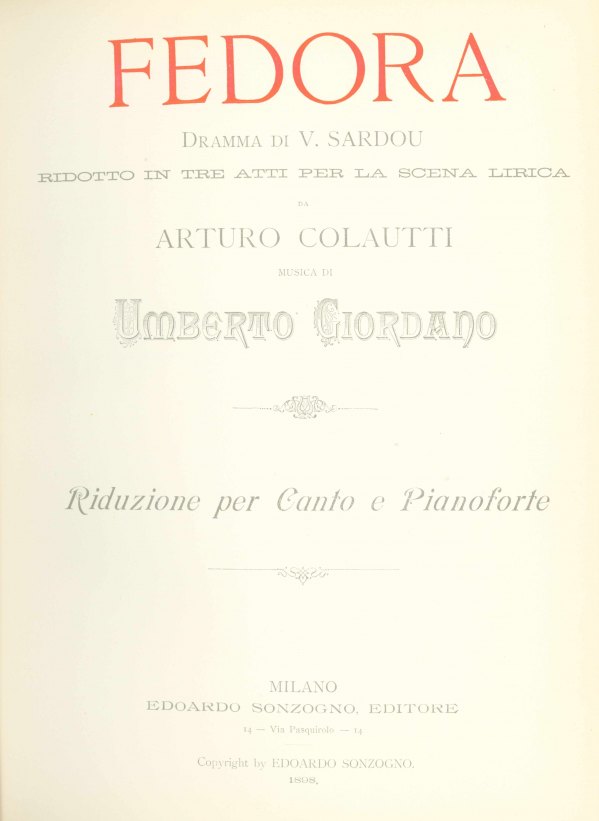 Inscribed to the French composer Jules Massenet on the half title page a year after the opera's premiere: A Massenet | omaggi di | U. Giordano | Milano 23 Dicembre 99.
Fedora premiered in 1898 at the Teatro Lirico in Milan with Caruso in the lead tenor role. This first-edition piano-vocal score dates to the same year; it does not seem that a full orchestral score was published until decades later.
Inquire
SSC-13919$850