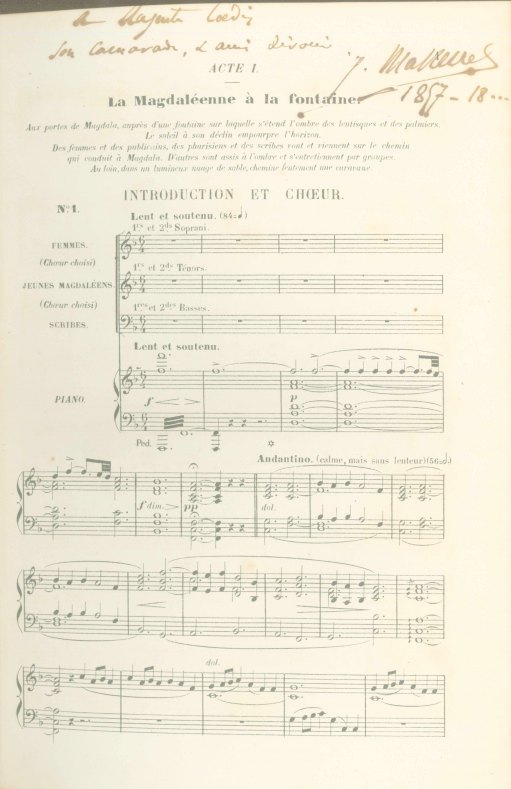 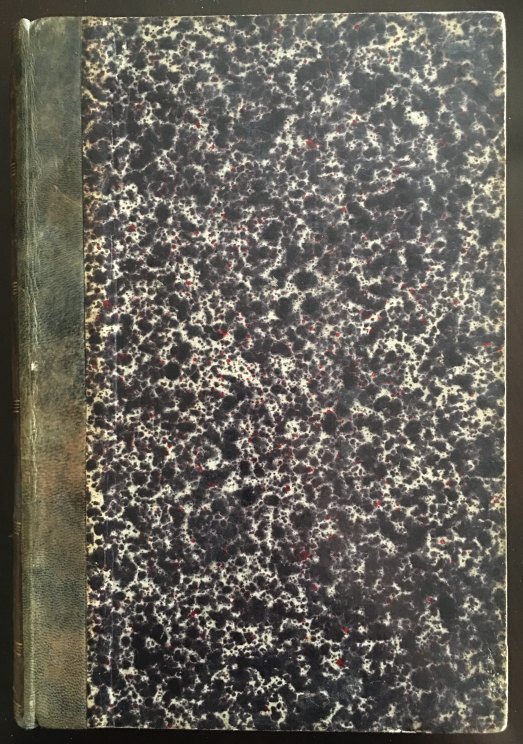 Inscribed to a "comrade and friend [Loedi?]" signed J. Massenet, and dated 1897 - 18… This is a first-edition piano-vocal score that dates to the same year as the work's premiere (publication date as per WorldCat and Grove). (It is unclear if a full orchestral score was ever published.)

Massenet never wanted Marie-Magdeleine, a work he wrote as a young man, to receive a public performance. But after hearing Massenet play through some of the score, famed soprano Pauline Viradot insisted that the opera be staged and that she be given the title role. Massenet would ultimately be grateful for her initiative: shortly after the opera's premiere in 1873, he received a warm letter of praise from Ambroise Thomas that he valued so dearly, he quoted it in full in his memoir.
Inquire
SSC-13913$1,000