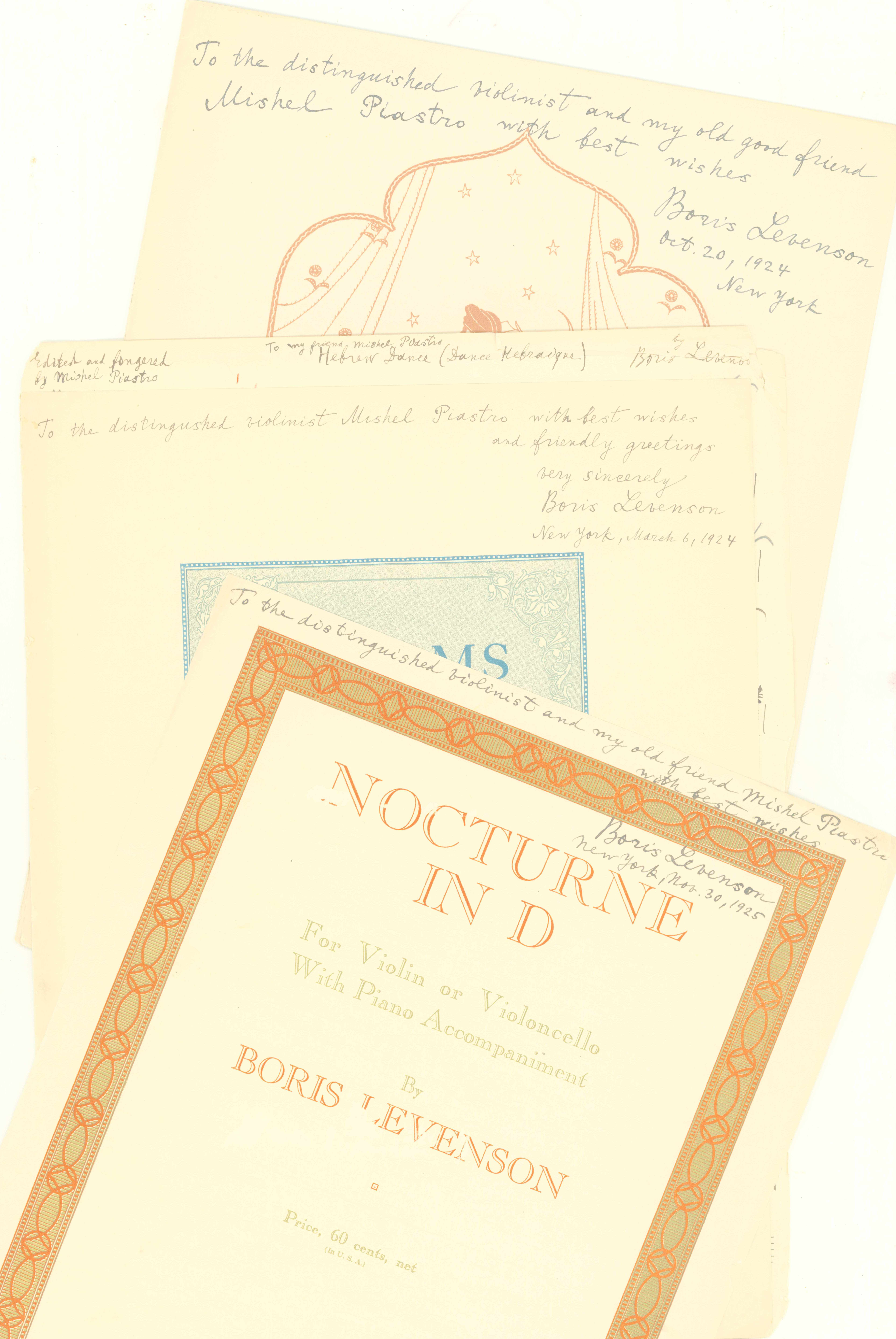 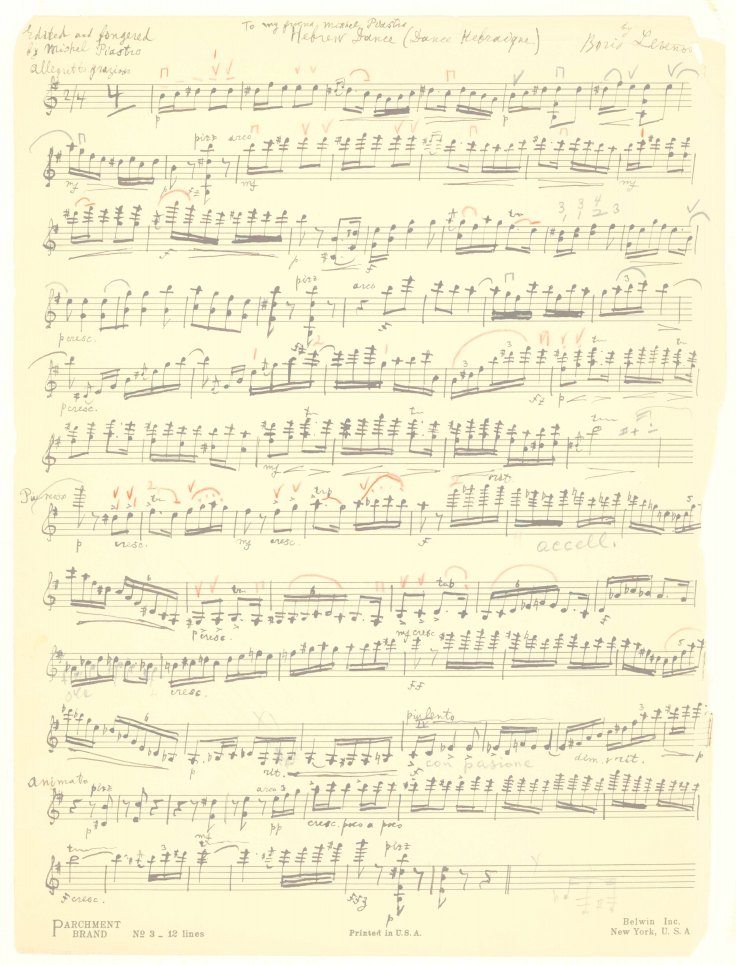 A group of five scores for violin and piano by the Russian-American composer Boris Levenson, all of which were inscribed by him in the 1920s and 1930s to the longtime concertmaster of the New York Philharmonic, Mishel Piastro: Elégie Russe, op. 72; Dreams, op. 67; Danse Orientale, op. 66; Nocturne in D, op. 46 (also with alternative solo cello part); and Canzona. All early-twentieth century publications by G. Schirmer (excepting op. 72, which was published by Carl Fischer).

The scores are sold with a one-page manuscript in Levenson's hand entitled Hebrew Dance and inscribed to Piastro. With Piastro's fingerings and markings in red and gray pencil. (Right margin chipped and a little torn, but all music remains legible.)

Boris Levenson was a Russian-born American composer who studied with Rimsky-Korsakov. Much of his music incorporated Jewish folk song elements, as exampled by the manuscript page included in this group.
Inquire
SSC-10583$200