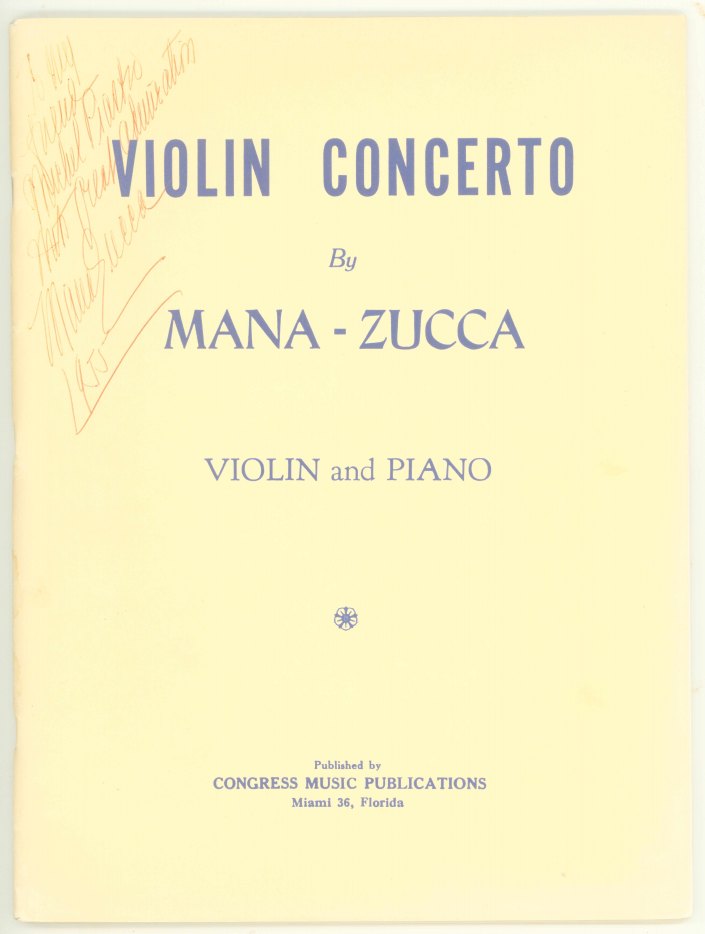 Click Image to ZoomEnlarge Image
Inscribed in red ballpoint on the cover: To my friend Michel [sic] Piastro with great admiration Mana-Zucca and dated 1955 (the same year as the publication). This is a first-edition piano reduction; it does not seem that a full orchestral score was ever published.

Mana-Zucca was born Gussie Zuckermann in New York City, the daughter of Polish émigrés. She began her astonishing career as a child prodigy, the story being that she was frustrated at the age of three when she found that her toy piano didn't have the half tones and then giving her first recital at the age of three. She went on to a triple-faceted career as noted concert pianist, composer of over 1,000 works of all kinds, and soprano with leading roles in musical comedy.

This score is inscribed to Mishel Piastro, who was for many years the concertmaster of the NBC Symphony under Toscanini.
Inquire
SSC-10566$150