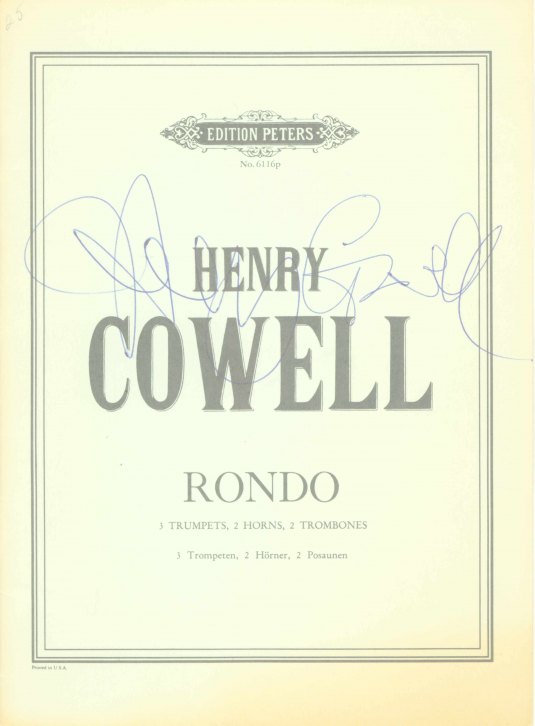 Click Image to ZoomEnlarge Image
Signed Henry Cowell on the front cover. Also signed on the inside by its former owner, Howard Shanet.
Howard Shanet was a Columbia University-based conductor and writer on music, noted especially for his support of new music as well as neglected works of the past. He is particularly known for his book A History of New York's Orchestra.
Inquire
SSC-10511$125