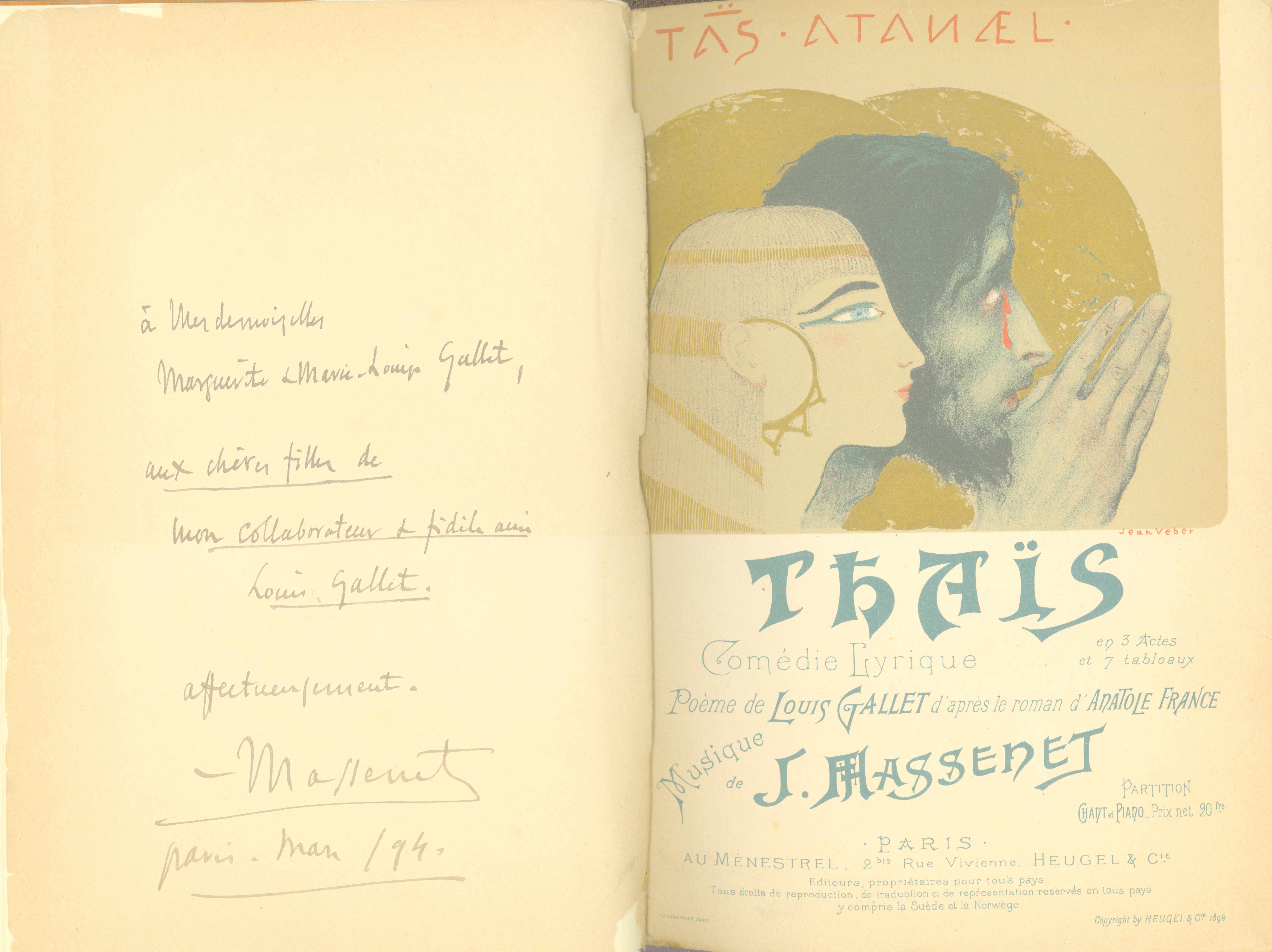 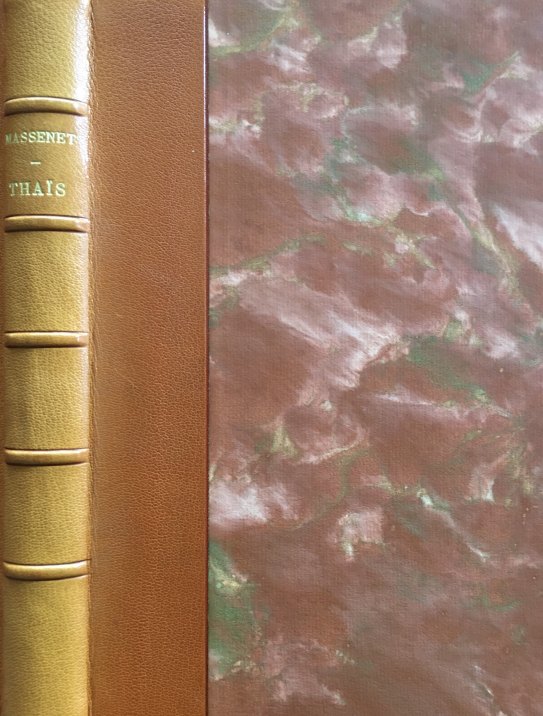 Inscribed close to the premiere.

Interestingly, Marguerite Gallet would go on to sing Fanny Legrand in premiere of the revised version of Massenet's Sapho in 1909.

This first-edition score retains the 18-page dance interlude Les amours d'Aphrodite at the start of the second act, which Massenet removed in his revisions of 1898. The dance caused controversy at the opera's premiere owing to a costume malfunction of Sibyl Sanderson's (the first Thaïs). Commentators on the opera routinely note the bold central section of this dance, which is in 5/4 time and uses the whole-tone scale.

The full orchestral and piano-vocal scores of Thaïs were both published by Heugel in 1894.

Gallet's libretto for Thaïs, which is based on a novel by Anatole France, deviated from normal practice by relying on assonance, rather than rhyme and meter, to structure and cohere the poetic text. The technique, which Gallet called poésie mélique, facilitated freer declamation.
Inquire
SSC-06093$1,650