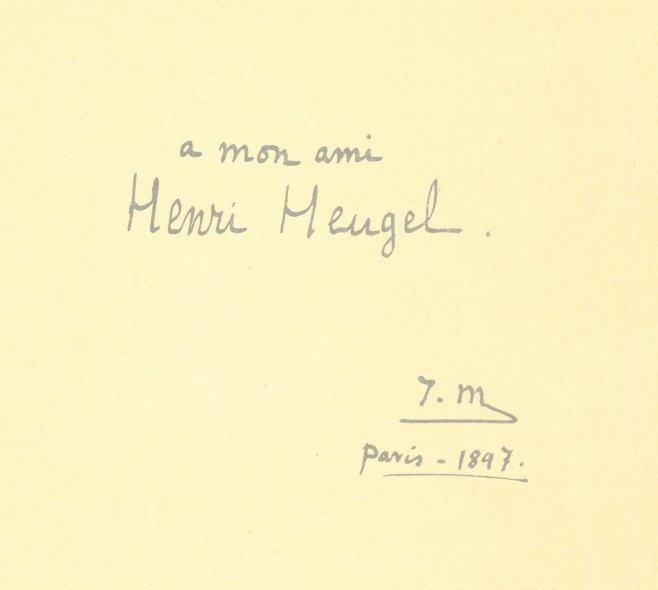 Inscribed and initialed by Massenet to the publisher on the third blank in the year of the opera’s premiere and first publication: a mon ami | Henri Heugel | J. M. | Paris - 1897.

This first-edition piano-vocal score is that of the original Sapho, Massenet having revised the work in 1909. (A full orchestral score was not published until the premiere of the revised version.)

Henri Heugel took over his family's publishing business in 1883; by 1885 he was said to have been publishing at least one new score every day. In 1891 he acquired the catalogue of Georges Hartmann, the exclusive publisher of Massenet from 1870 until the sale of his business. Heugel would go on to publish old and new Massenet operas for many years following, many of which included elaborate colored title pages.
Inquire
SSC-06092$1,100