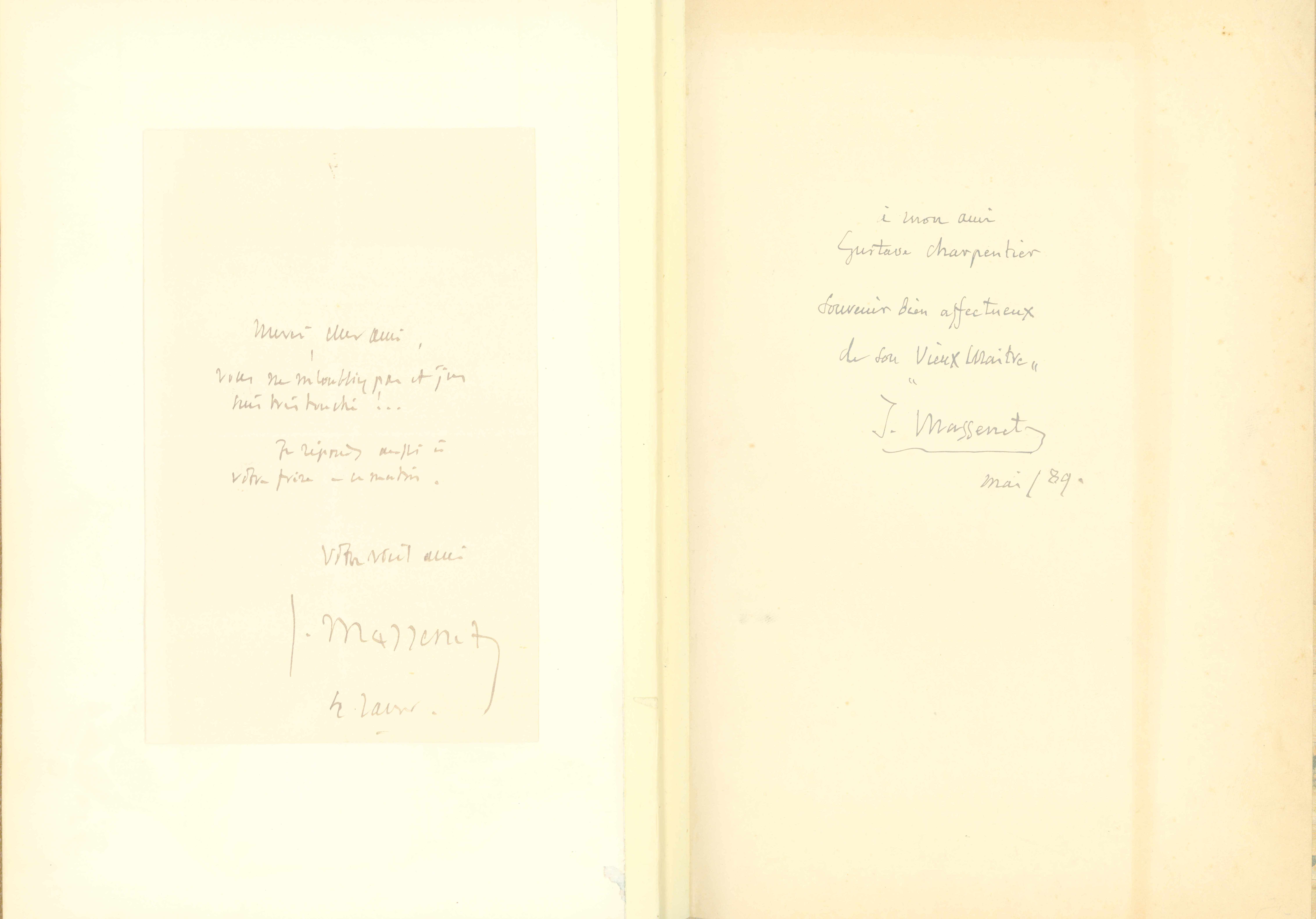 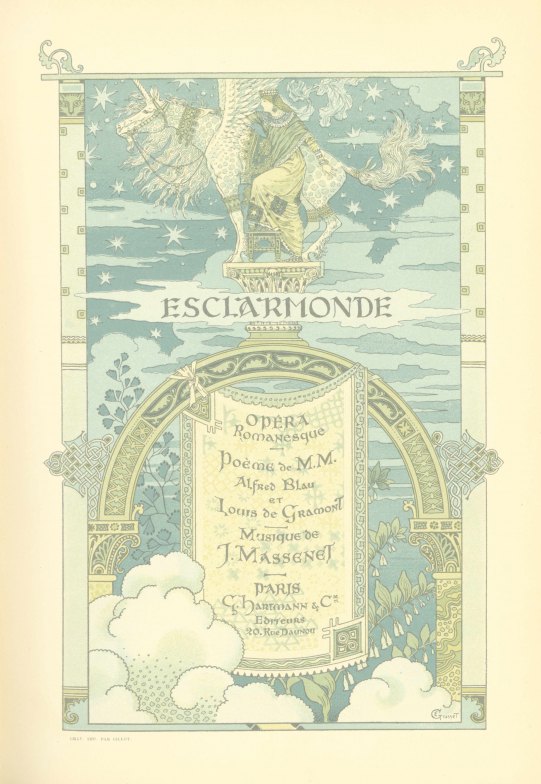 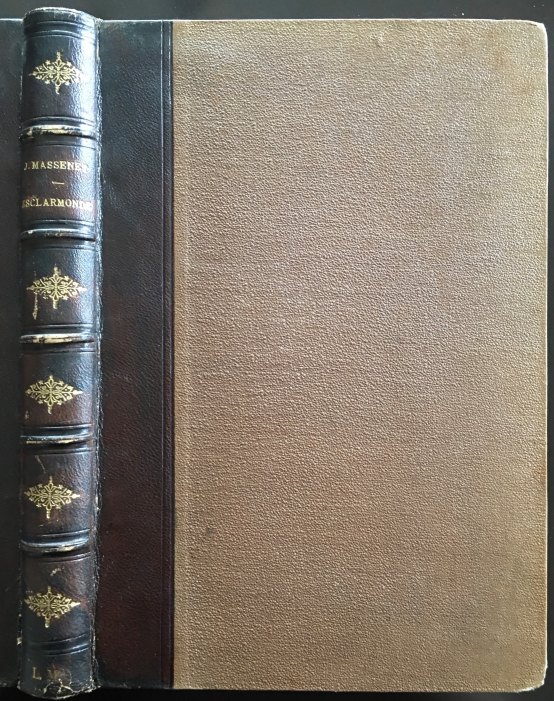 Inscribed to Charpentier soon after the premiere and including an ALS saying he is touched to be remembered by his fellow composer.

This first-edition piano-vocal score was likely published the same year as the opera's premiere (publication date assumed to be 1889 by Grove Dictionary and WorldCat). (When or if a full orchestral score was ever published is unclear; the Bibliothèque National owns two copies of full score proofs with autograph corrections but does not seem to own a published version of it.)

Charpentier entered Massenet's composition class at the Paris Conservatoire in 1884. The younger composer credited the elder with helping him to understand, and above all love, music. This inscription dates to only shortly after their studies together and to the year before Charpentier completed his most well-known opera, Louise.
Inquire
SSC-06083$1,850