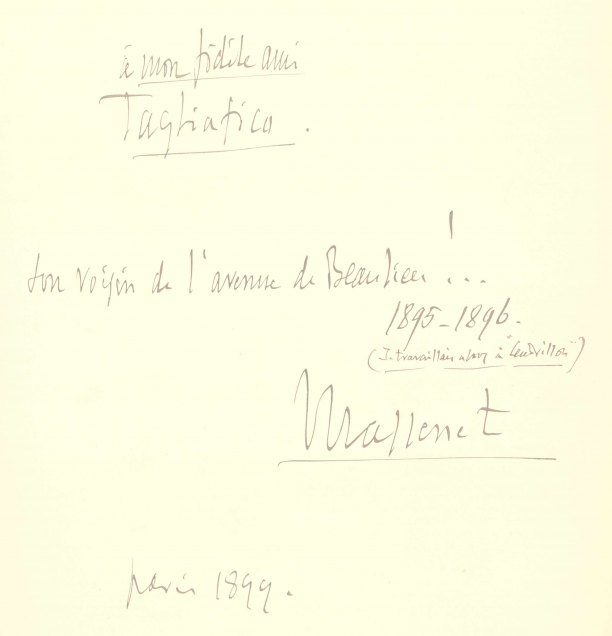 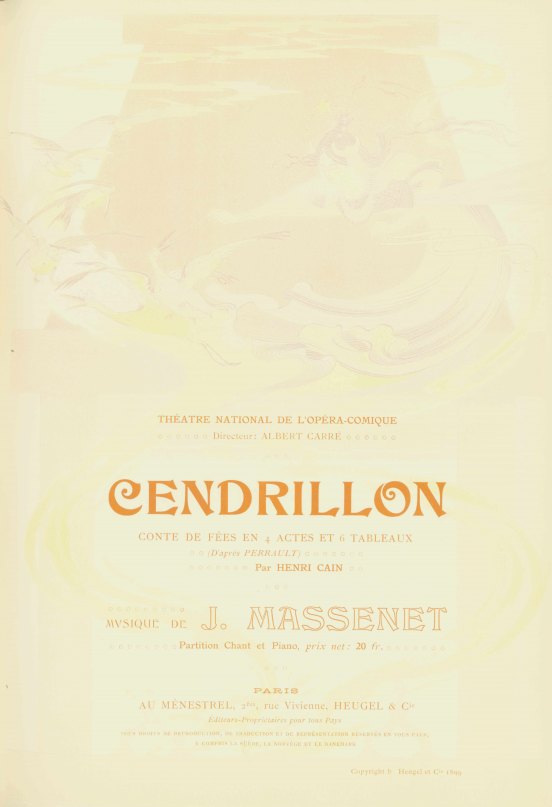 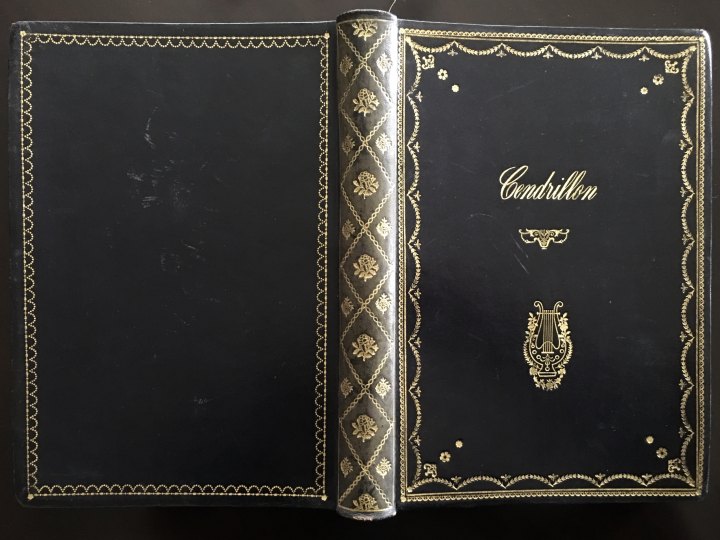 Inscribed to the tenor Joseph-Dieudonné Tagliafico (1821-1900) on the first blank: a mon fidile ami | Taglifico. | son voisin de l'avenue de Beaulieu!... | 1895-1896 | (je travaillais alors a Cendrillon) | Massenet | Paris 1899. This touching inscription indicates that Massenet is signing the score to his good friend and neighbor from 1895-1896, during which time he composed this opera.

This first-edition piano-vocal score dates to the same year as the opera's premiere. (It is unclear if Heugel also issued an orchestral score that year; the Bibliothèque National owns a full score published by Heugel and dated 1898, but no others like it seem to exist.)

With beautiful pastel-colored pages for cast and scene lists, including a vignette of a glass slipper on a pillow.