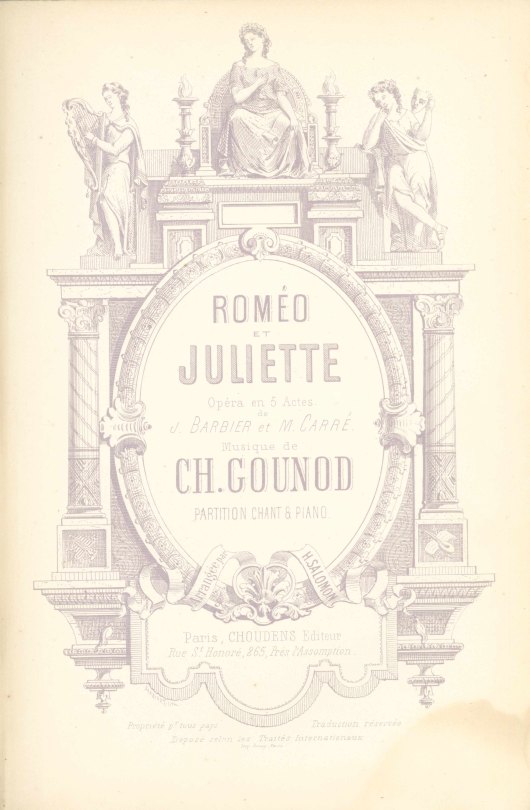 This is a first edition of the piano-vocal score of this famous opera, arranged by H. Salomon. It was published in the same year of the opera's premiere and of the publication of the first-edition orchestral score. (It was also re-edited and reissued by an A. Bérel in a second edition of 1885.)

Roméo et Juliette premiered at Carvalho's Théâtre-Lyrique during the International Exposition of 1867 and quickly became, as it remains today, one of Gounod's most beloved works.
Inquire
SSC-06041$600