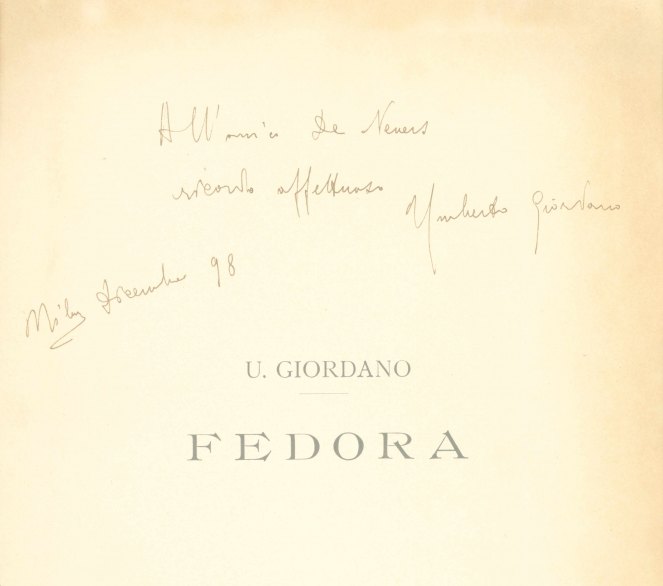 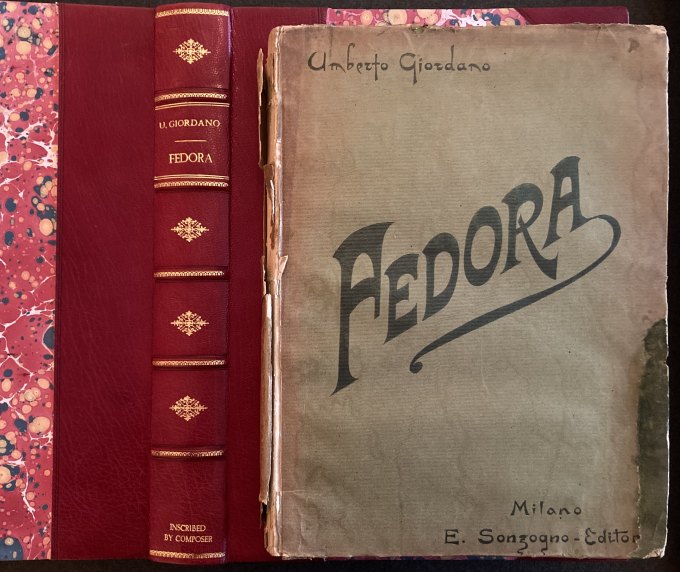 Fedora premiered in 1898 at the Teatro Lirico in Milan with Caruso in the lead tenor role. This first-edition piano-vocal score dates to the same year; it does not seem that a full orchestral score was published until decades later.

The "De Nevers" to whom this volume is inscribed is almost certainly the Polish-born journalist and musician who wrote for the London Pall Mall Gazette and London Saturday Review, as well as for a number of French publications. Upon his death, The Musical Courier remarked that M. de Nevers had an amazing knowledge—in fact, he was an encyclopedia of operatic news, astonishing in its extent, and that he possessed an extensive acquaintance among the most important personages of Europe.
Inquire
SSC-06032$850