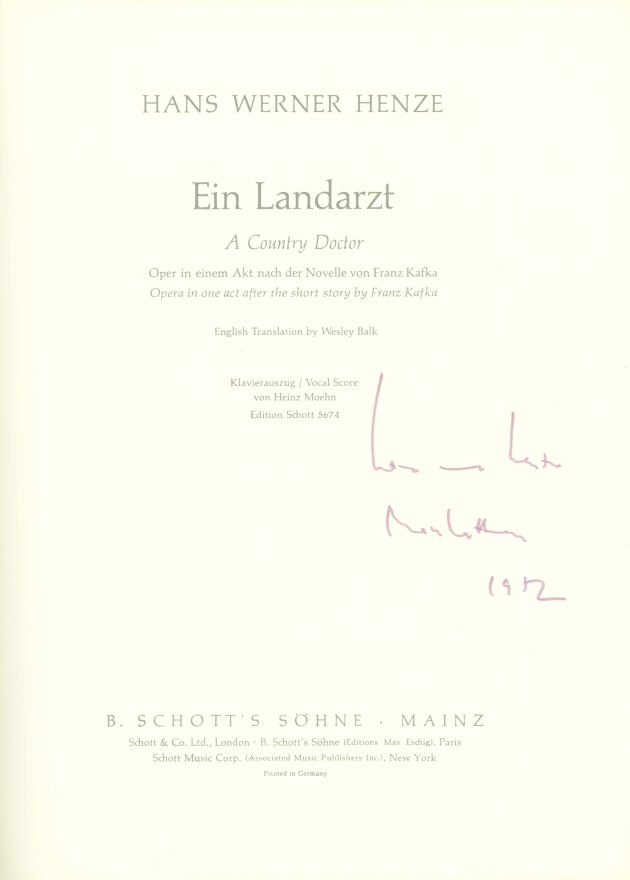 Click Image to ZoomEnlarge Image
A piano-vocal score of Henze's opera which is based on Kafka's work of the same name and for which Henze also wrote the libretto. With German and English lyrics, signed and dated by the noted German composer on the title page.
The original version of Ein Landarzt was composed specifically for radio performance in 1951 and in 1964, Henze reworked it as a vehicle for Dietrich Fischer-Dieskau. Publication date of this volume as per WorldCat.
Inquire
SSC-05711$170