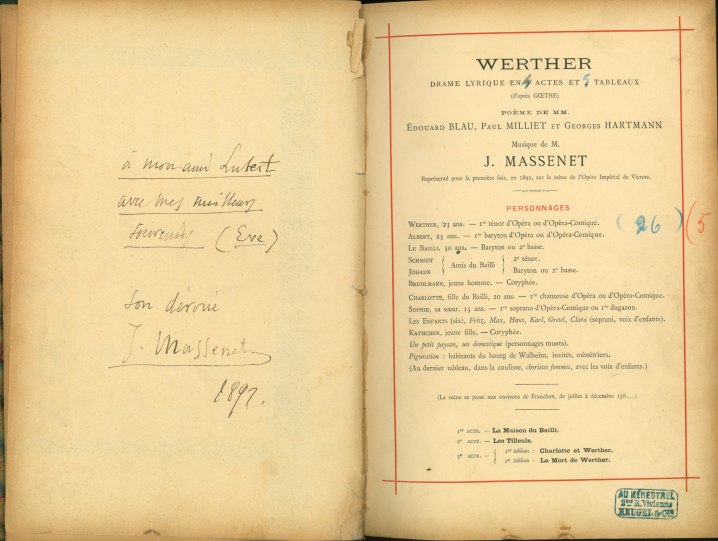 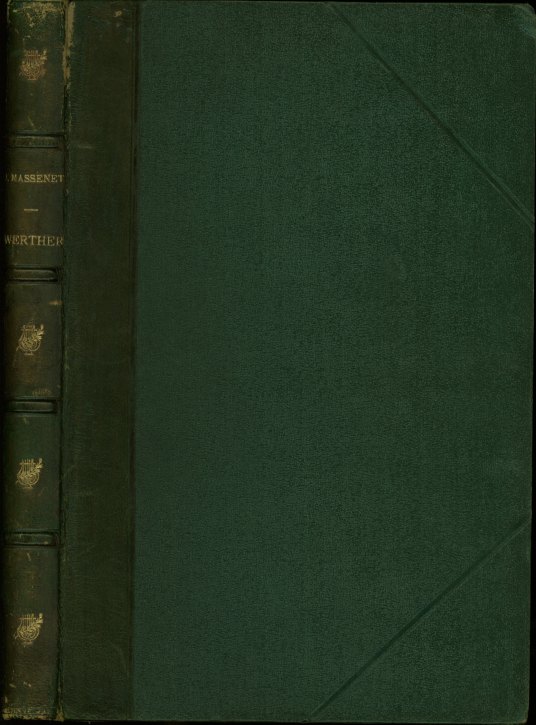 Signed and inscribed by the composer on blank opposite title page: á mon ami Lubert / avec mes meilleurs / souvenirs (Eve) / son dévoué J. Massenet / 1897.
Werther was the first of Massenet’s operas to be performed at the Metropolitan Opera. It reached the Met two years after its 1892 world premiere, and it continues to hold the stage there.

Albert Lubert was a French tenor who first appeared at the Met as Don José in a production of Carmen in 1895. He also appeared in the Met performance of Massenet's La Navarraise.