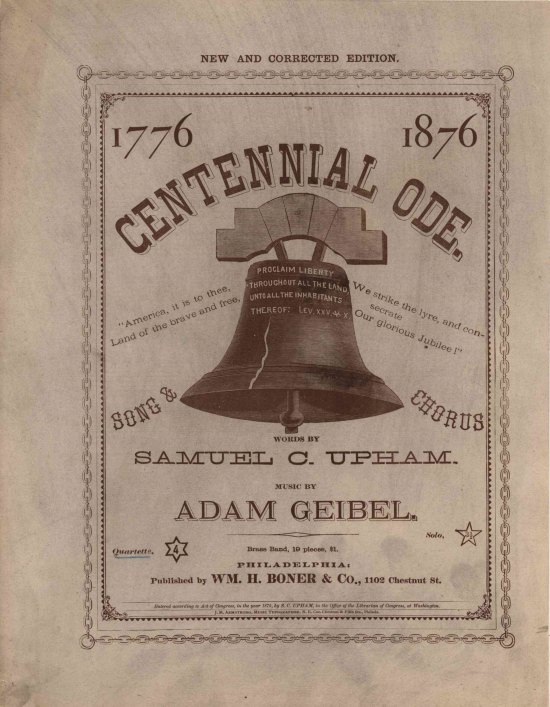 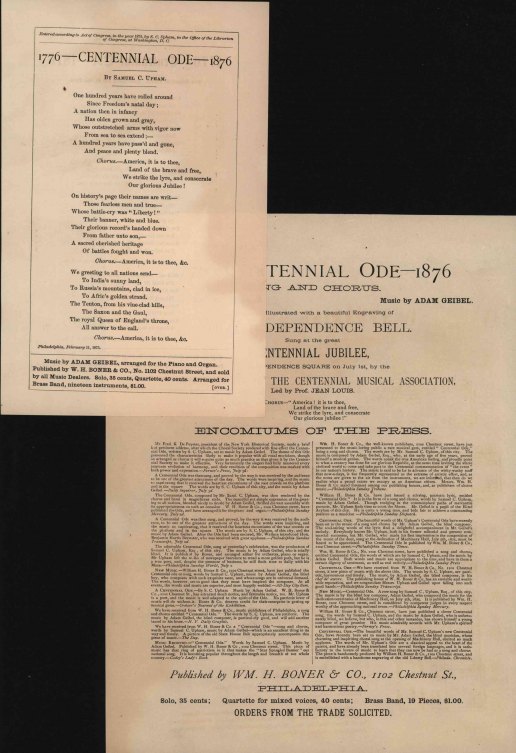 A patriotic song, here arranged for vocal quartet and piano, commemorating the centennial of the signing of the Declaration of Independence. Included are two original inserts: the first provides the lyrics of the ode in English on the recto and in German on the verso; the second is a list, entitled Encomiums of the Press, of brief excerpts praising the song.
Adam Geibel was a composer and organist who immigrated from Germany to America as a child. He was and remains best known for his sacred music.
Inquire
MUS-15300$65