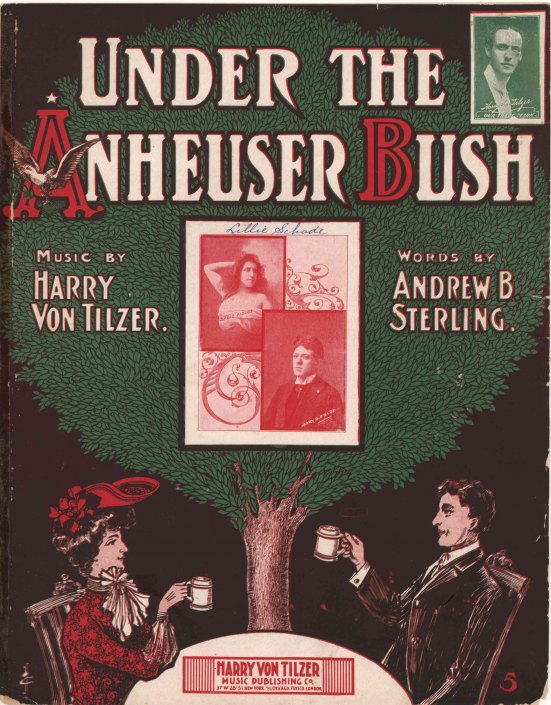 Click Image to ZoomEnlarge Image
It might seem ironic that these songs were published just as the American temperance movement reached a critical mass, but German beer halls were hardly the target of temperance advocates -- in fact, beer halls were seen as a more wholesome alternative to the saloon. Well lit and spacious, the halls were centers for social mingling, entertainment and even family fun. The larger halls had dedicated areas for dining, games, concerts, and dancing. Lager beer, rather than hard liquor, was the choice drink.

The group of four nineteenth- and early-twentieth-century pieces of sheet music includes:

Two beer hall favorites by songwriter and music publisher Harry Von Tilzer, the second of which was commissioned by the beer company Anheuser-Busch in 1903:

A song in which a German soldier bemoans the loss of his girlfriend and his Schnapps:

And a serio-comic song about the restorative powers of rock and rye, "the only cure that's sure":