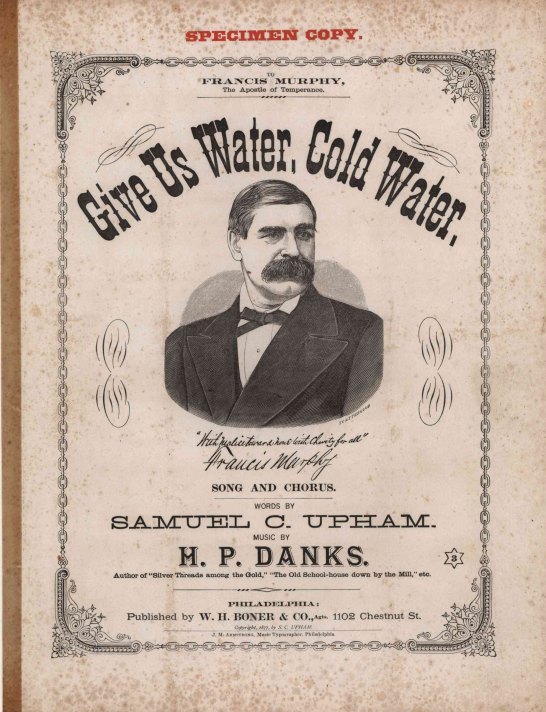 Historians divide the American temperance movement into three long waves: the first lasted from the end of the Revolutionary War (1783) through the onset of the Civil War (1861); the second from the early 1870s through the early 1890s; and the third from the mid-1890s through the end of prohibition in 1933. The music in this group dates from the first and second of these waves. Accordingly, many of the lyrics reflect the particular events and concerns of their publication dates. "Give Us Water, Cold Water", for instance, was published shortly after the National Woman's Christian Temperance Union began encouraging communities across the country to erect drinking fountains so that men would be less tempted to seek refreshment in bars. Likewise, "The Drunkard's Wife", published in 1850, derives from the massively popular pro-temperance play The Drunkard, which ran at Barnum's American Museum in New York City for over one hundred nights.

"Song of Deliverance", by J. Price Schell (who is billed on the title page as The Blind Advocate of Total Abstainence). No publishing information provided. 3 pp.

Sold together with the cover of "The Total S'iety", by Henry Russell. Henry Prentiss: Boston, 1840. The illustrated cover of an early pro-temperance song.