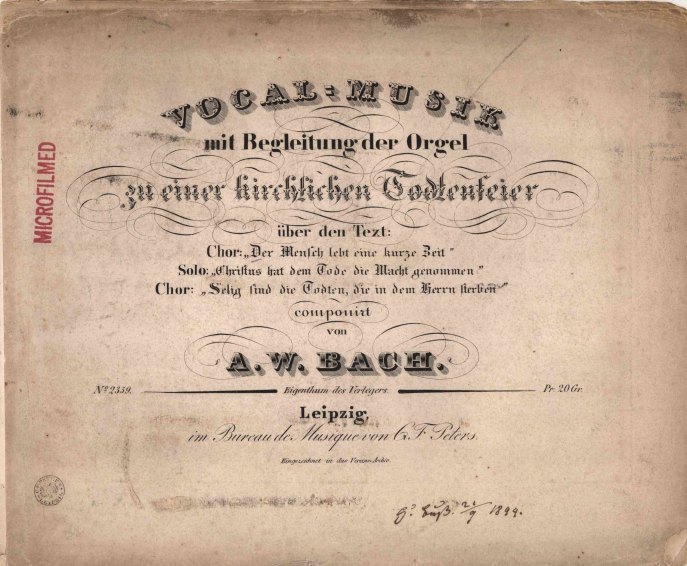 The text underlay in the choral portions of this score is quite unusual. As shown in the accompanying scan, where the text-setting is uniform, only the bass voice is given text underlay. The upper voices receive their own underlay only when their text-setting deviates from that of the bass.
August Wilhelm Bach was not a relation of the famous Bachs of Leipzig. He was the director of the Royal Institute of Church Music in Berlin and wrote predominantly sacred music and works for keyboard.
Inquire
MUS-15202$35