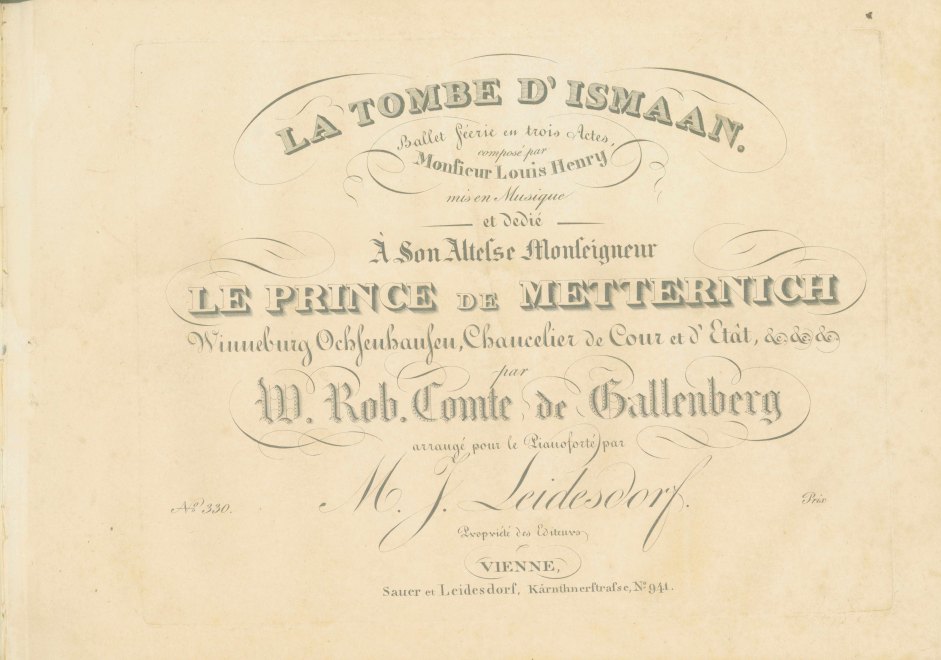 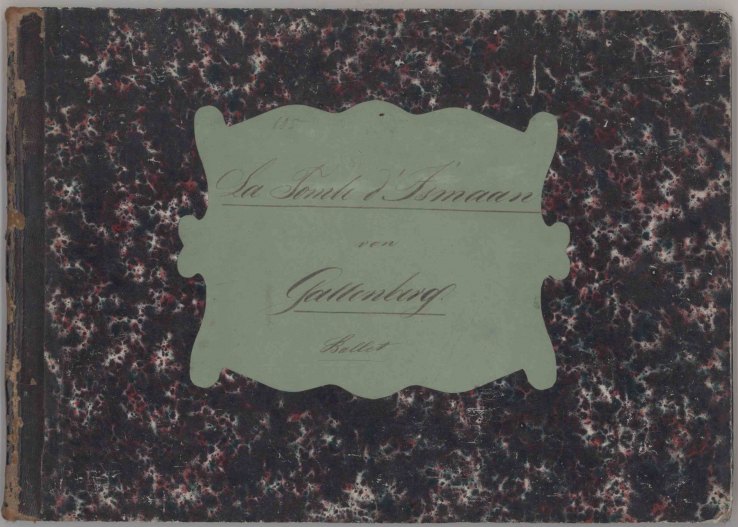 Wenzel Robert Graf von Gallenberg was an Austrian composer, best known in his own time for writing more than 50 ballets for theaters in Italy and Vienna. He traveled in elite musical circles and married Beethoven's pupil Countess Giulietta Guicciardi, the dedicatee of the "Moonlight" sonata. His music was often criticized for imitating the styles of Mozart and Cherubini.

Gallenberg composed Ismaans Grab (La tombe d'Ismaan) in 1823 and it quickly became one of his most popular ballets. It was choreographed, as indicated on the title page, by French choreographer Louis Henry, who was born at Versailles and worked throughout France, as well as in Vienna, Naples, and Milan.