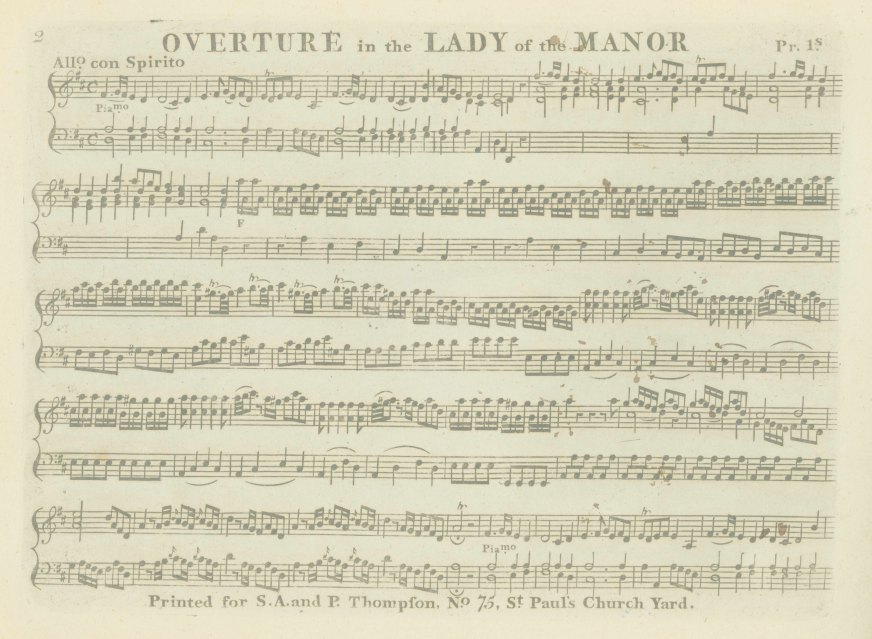 Click Image to ZoomEnlarge Image
The Lady of the Manor is an English comic opera in three acts by James Hook to a libretto by W. Kendrick. It premiered at Covent Garden in 1778, though Hook added new songs in 1788 and revised the score between 1815 and 1817, resulting in a second premiere at Drury Lane in 1818.

This piano reduction of the overture was likely published shortly after the opera's premiere in 1778, when the score was issued in parts as Hook's Op. 20.