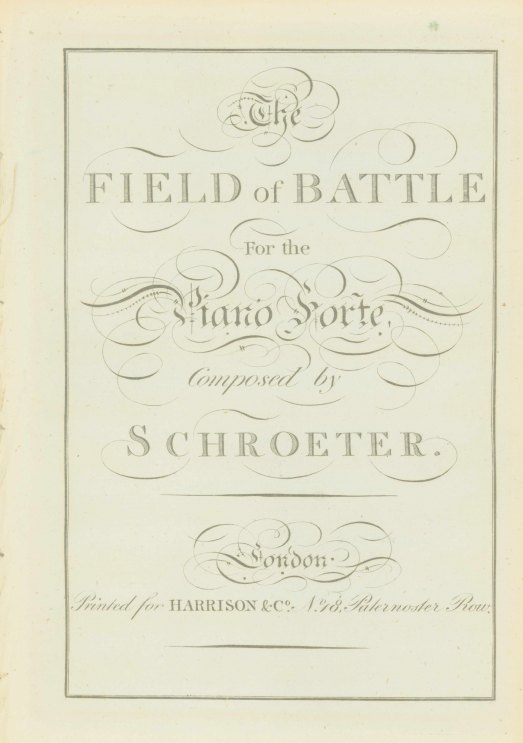 Click Image to ZoomEnlarge Image
The music bears little programmatic notes above the staves, including The sounding of the trumpet, The army is ranged for combat, and The advanced guard fire their pistols.

The German composer and pianist Johann Samuel Schroeter made his London debut around 1773 and became an organist at that city's German Cathedral. The following year, Johann Christian Bach took an active interest in promoting him, and after Bach's death in 1782, Schroeter succeeded him as the music master to Queen Charlotte. He was among the foremost pianists in London at the time.

Publication date as per WorldCat.