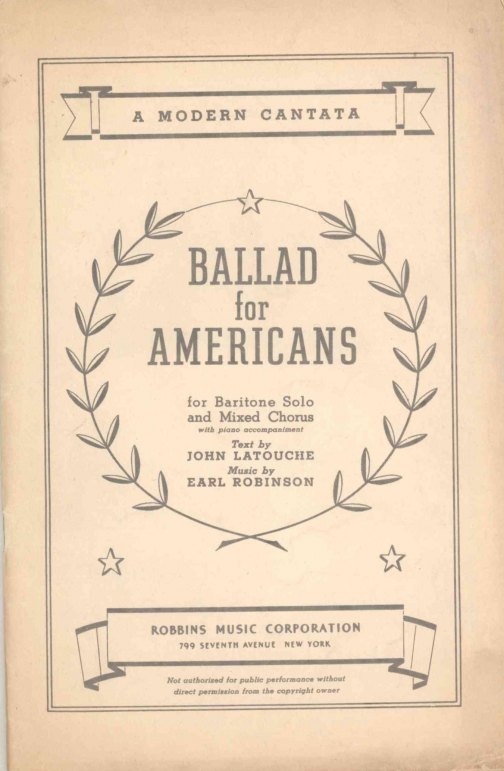 Click Image to ZoomEnlarge Image
Earl Robinson wrote the "Ballad for Americans" for a 1939 production of Sing for Your Supper funded by the Federal Theatre Project (part of the Works Progress Administration). It quickly became Robinson's most popular composition and was performed and recorded by such diverse artists as Paul Robeson, Bing Crosby, Lawrence Tibbett, and Odetta.
Robinson was a composer, arranger, and folk music singer-songwriter. In the 1940s he worked on film scores in Hollywood until he was blacklisted for being a Communist.
Inquire
MUS-12824$100