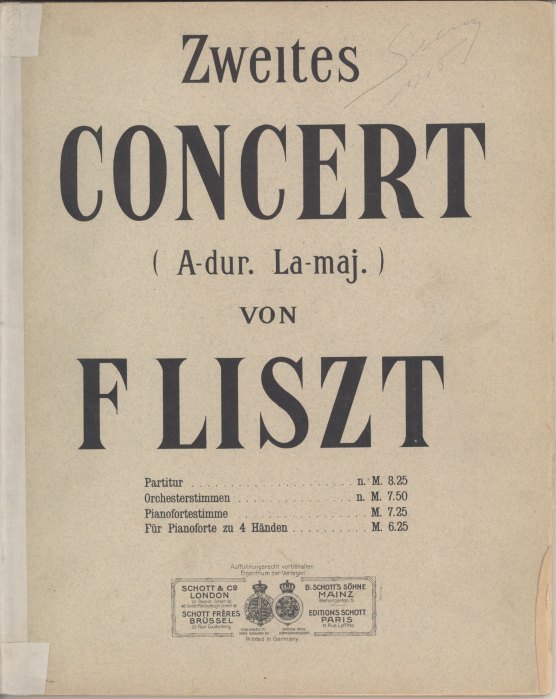 This copy was formerly owned by the American pianist Ernest Schelling (1876-1939), who has signed the cover in pencil and dated it 1915. Additional notation is on the inside of the front cover, apparently referring to a performance, as well as an additional remark apparently referring to a performance of a Chopin concerto with an orchestra. His stamp appears on the title page.

Schelling studied with Paderewski and was his only pupil for a period of three years. He was the first conductor of the Young People's Concerts of the New York Philharmonic in 1924 and was active for years in also taking these highly appreciated concerts, and for then a new venture, to other major cities in the United States.