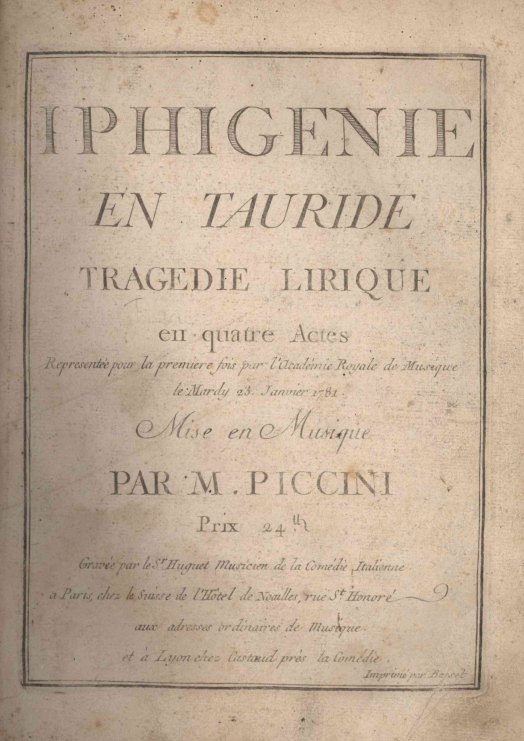 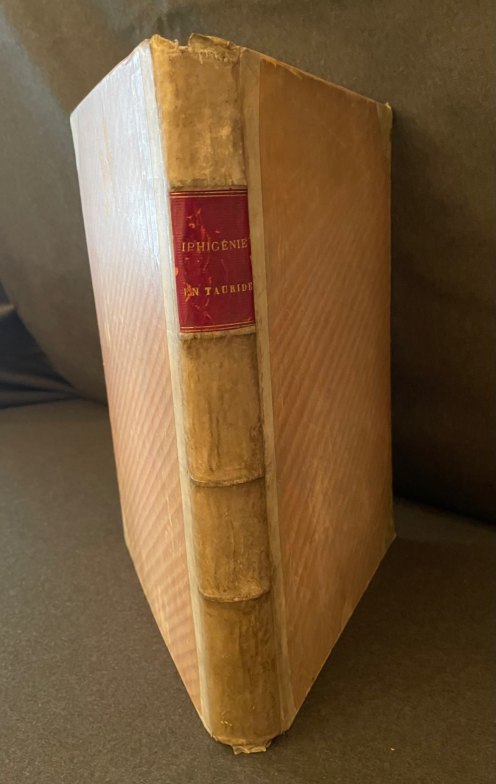 Having fallen out of favor in Rome by the early 1770s, Piccinni accepted a post at the French court in 1776 to become the first Italian since Lully to write operas for the Academie Royale de Musique. The move was, on the whole, a success: his operas were well received, he was popular socially, and he secured several lucrative teaching engagements. The Grand Opéra, however, proved a thorn in Piccinni's side.

The Opéra management proposed that Piccinni and Gluck each compose an opera on Iphigénie en Tauride simultaneously, promising Piccinni upon his acceptance of the challenge that his work would be the first staged. But this was a lie: Gluck's (now beloved) opera premiered in 1779 and Piccinni's did not follow until 1781. Piccinni was so concerned that his good reputation would be compromised, he issued a disclaimer that he did not intend his opera to become a "rival" of Gluck's. This did little, though, to deter Parisians from dividing into "Piccinnists" and "Gluckists", and their bitter fighting continued even after Gluck left Paris.

Upon Gluck's death in 1787, Piccinni proposed that a public monument be erected in the elder composer's honor. The gesture was a testament to Piccinni's character, but the "Gluckists" rejected the suggestion on the grounds that Piccinni had made it.
Inquire
MUS-10862$650