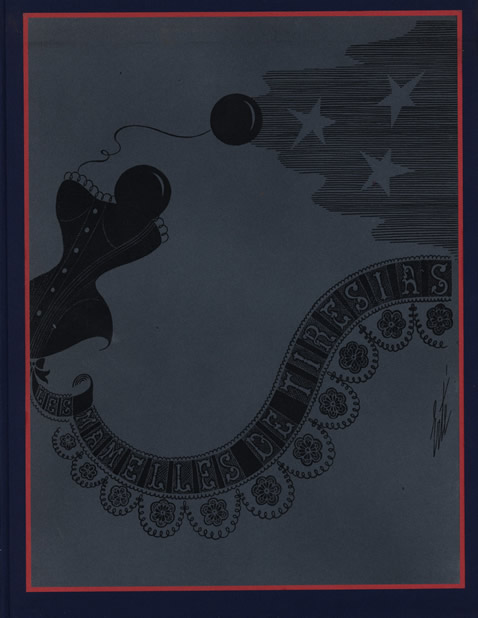 Click Image to ZoomEnlarge Image
Les Mamelles de Tirésias, Poulenc's first opera, used as its libretto a 1905 Apollinaire play. Poulenc started it in 1939 but wrote it mostly during the summer of 1944 shortly before the end of World War II. The plot is about a wife who discards womanhood - her breats float away as two balloons - and whose husband takes on the role of childbearing, producing 40,000 babies per day. After the devastation of the war, Poulenc promoted the government's call to increase population with this burlesque opera, the chorus declaiming at the end: "Frenchmen, make babies!". The opera is dedicated to Poulenc's good friend the composer Darius Milhaud, to celebrate his return from the U.S.A. after the war. The premiere was given at the Opéra - Comique in Paris in June of 1947. The emminent Russian artist Erté, who designed the décor, also designed the title page of the score
Inquire
MUS-10854$250