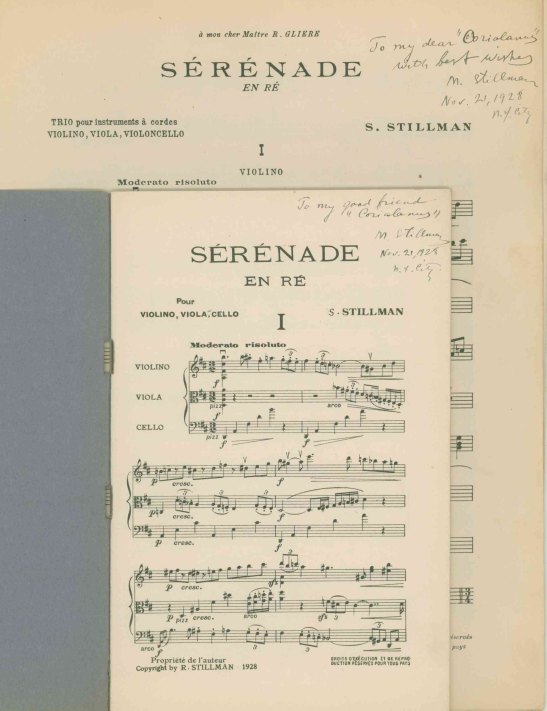 The first pages of the mini score and violin part are signed and inscribed by Stillman to "Coriolanus" in New York City in November 1928.
Mitya Stillman was a Ukranian-born composer and violist who studied with Glière at the Kiev Conservatory. (Glière, incidentally, is the dedicatee of this trio.) Stillman immigrated to the United States in 1920 and began a successful performing career that saw tenures with the Detroit Symphony Orchestra, CBS Symphony Orchestra, and Hartmann Quartet. He also composed a variety of works for orchestra, as well as a string quartet that won a posthumous NBC Music Guild Award in 1936.
Inquire
MUS-07354$75