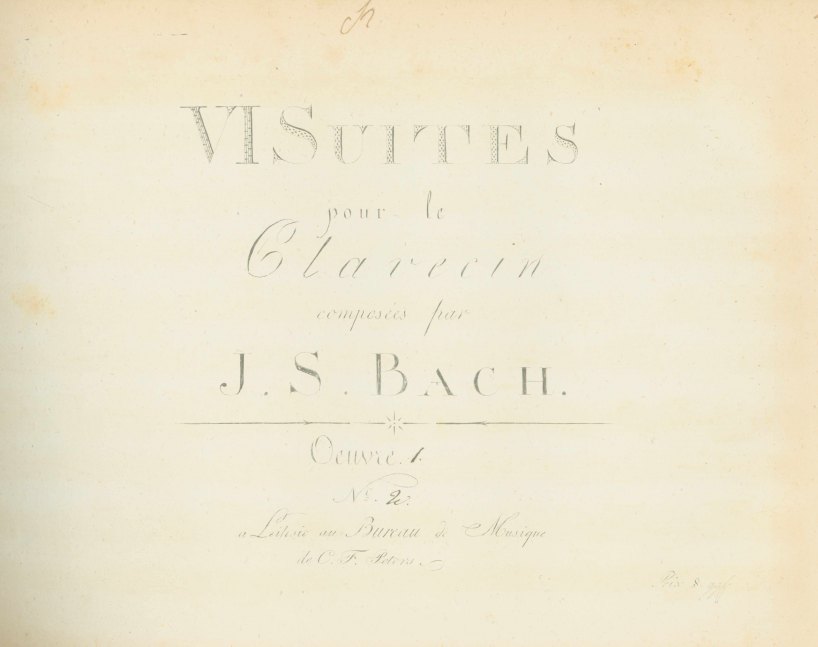 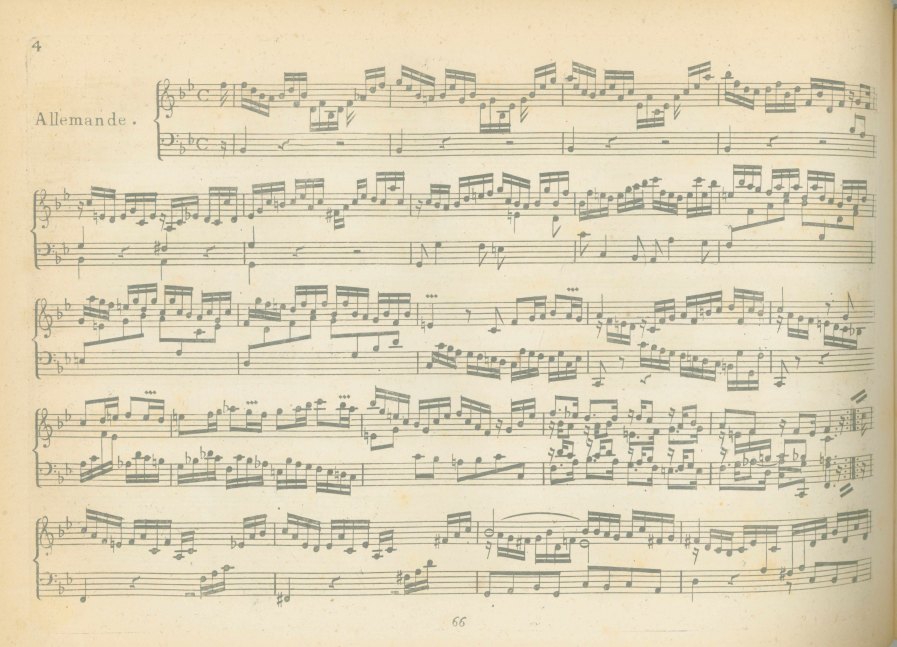 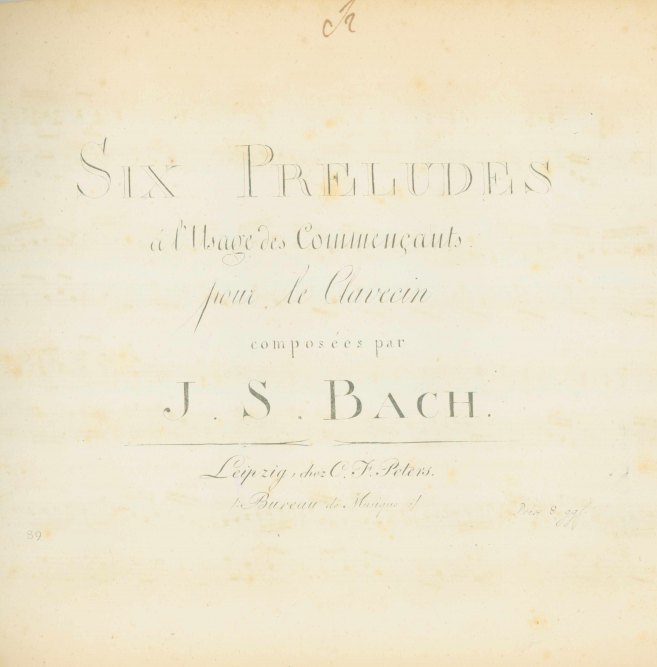 The publication information provided above applies to all of the pieces in this volume. Full contents include:

Fantaisie chromatique. [BWV 903; with fugue]. First edition, second issue. 15 pp. Pl.n. 74. [This does not appear to be the edition edited by Forkel's student, Griepenkrel, as it does not contain the notes purported to be by Bach himself.]

A note on the publication dates of these volumes:
In 1813, Carl Friedrich Peters acquired the publishing firm founded by Viennese musicians Franz Anton Hoffmeister and Ambrosius Kühnel. Hoffmeister and Kühnel had opened up shop in 1800, offering engraving services, printing old and new music, and selling musical instruments. Between 1801 and 1803 they issued a fourteen-volume collection of J. S. Bach's keyboard works with the editorial assistance of noted Bach biographer Johann Nicolaus Forkel. It was an unusual decision given the composer's relative obscurity at the time; their collection, in fact, included the first editions of some of Bach's music.

When Peters purchased the business, he renamed it after himself (using the imprint “Bureau de Musique C. F. Peters”) and began publishing new works by German composers. Among these novelties, though, were reprintings of Hoffmeister and Kühnel’s Bach keyboard edition, using their original plates. With the exception of the Exercices pour le Clavecin, the editions in this volume are those reprints and represent the second issues of first editions. (The Exercices, which constitute the set of partitas BWV 825-830, were first published in 1731 under Bach's own direction.)

(These editions are not to be confused with Peters's Bach editions of the 1830s and 1840s, which called upon the editorial assistance of Carl Czerny, among others, and were produced in response to the Bach revival. Those volumes use different plates and were issued when the business was controlled by Carl Friedrich Peters's successor, Carl Gotthelf Siegmund Böhme.)