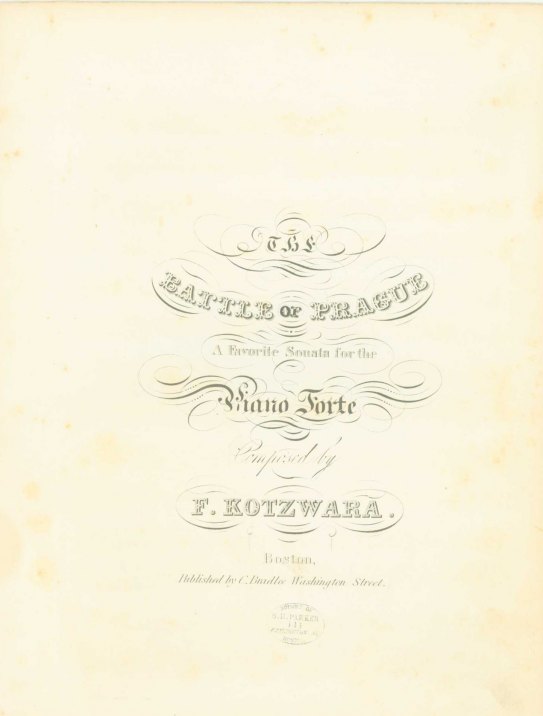 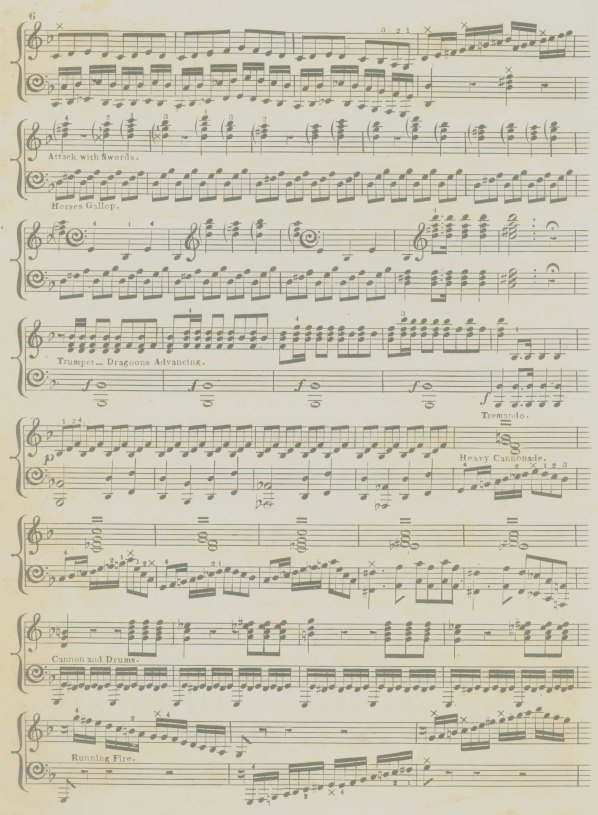 The Battle of Prague was enormously successful in Europe and abroad. The work was first published in 1788 and nearly 40 different early editions survive. It is interesting that this edition should have been published in Boston, as the New Grove Dictionary of Music notes that in that city the piece "was 'indespensable to climax every concert'" at the close of the eighteenth century.
Inquire
MUS-07042$65